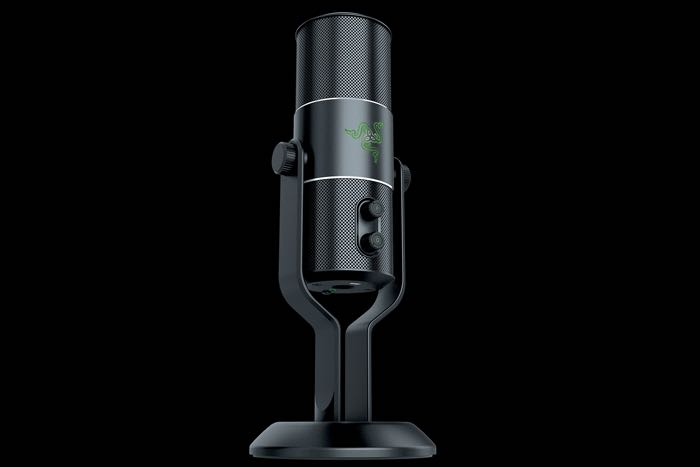 Razer has announced the launch of a new digital microphone which is designed to produce studio quality sound, the Razer Seiren, and it connects to your computer via USB.

The new Razer Seiren is designed for platforms like Twitch and YouTube and it comes with a number of different modes and features.

The Razer Seirēn also allows content creators to quickly switch between 4 different polar recording patterns (Cardioid, Stereo, Bidirectional and Omnidirectional) by rotating the main control knob. Allowing for greater versatility of use depending on recording applications. The microphones built-in headphone amplifier allows for zero latency, real time accurate monitoring of recordings to ensure users sound exactly as they intend to.

“Platforms like YouTube and Twitch are a big part of how people experience their media today, and they shape how we interact with each other,” says Min-Liang Tan, Razer co-founder and CEO. “Tuned for a professional-style setup and able to be assembled and transported quickly and easily, the Razer Seirēn is a microphone designed specifically for streamers and YouTubers.”

You can find out more details about the Razer Seiren microphone over at Razer at the link below, the device will retail for $179.99.