Razer has just launched it s first Xbox 360 controller at CES named the Onza. Its is still in the development stage at the moment but follows the same high design quality as Razer’s computer mice.

The Rzaer Onza Xbox 360 controller has hyper response buttons and allows you to adjust the tension of the analog thumb controls. 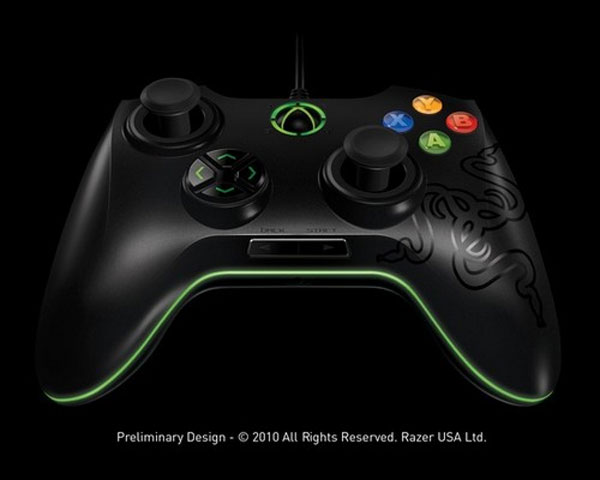 Razer has also added a programmable multi function button that can be mapped to act as an action button if desired.

The Razer is also wired to reduce the effects of lag and give you the edge whilst gaming and finished with a glowing center edge to even look funky in the dark.