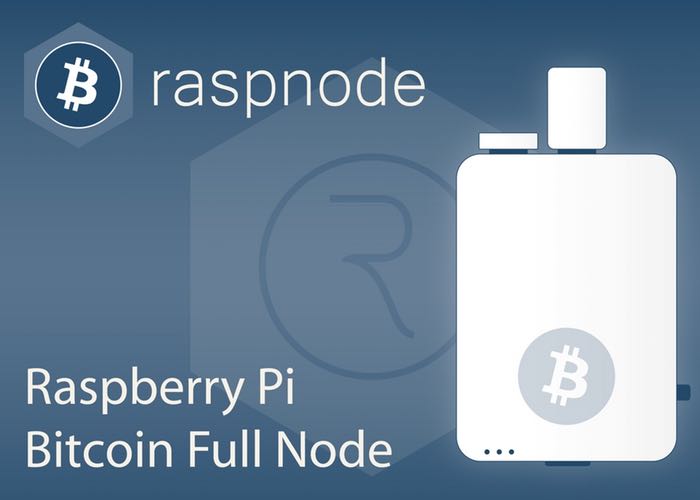 Anyone who has wanted to run a Bitcoin full node or who has in the past but have been put off by the increased costs of running the hardware and power consumption.

Are sure to be interested in a new Raspberry Pi 2 powered Bitcoin full node that has been developed by Robert McCone called the Raspnode.
The Raspberry Pi powered Bitcoin full node has been created to provide a low-cost solution to creating and running your very own Bitcoin node. As well as try and replace the dwindling amount of Bitcoin nodes currently available and increase the nodes to more statisfactory numbers.

“Many people who use bitcoin would like to support the network by running a full node, but don’t want to burden their home computer and deal with the power costs and noise. The raspnode is a plug-n-play bitcoin full node the size of a mouse that runs without any noise and only costs a penny or two a day for power. The raspnode allows anyone to run a bitcoin full node 24/7.

Bitcoin has been growing steadily. With companies like Microsoft, Newegg, Overstock.com, Expedia, TigerDirect, Dish Network, Dell, etc… accepting bitcoin more and more people have started to see the benefits of this new currency and usage has surged.

However while usage is growing, the number of bitcoin full nodes has been steadily declining. Getting as many people as possible to run a bitcoin full node will reverse this trend and strengthen the network. The raspnode can be used as a bitcoin wallet, a developer node for either mainnet or testnet, or simply to support the network.”

Jump over to the Kickstarter website for more details and to make a pledge via the link below.