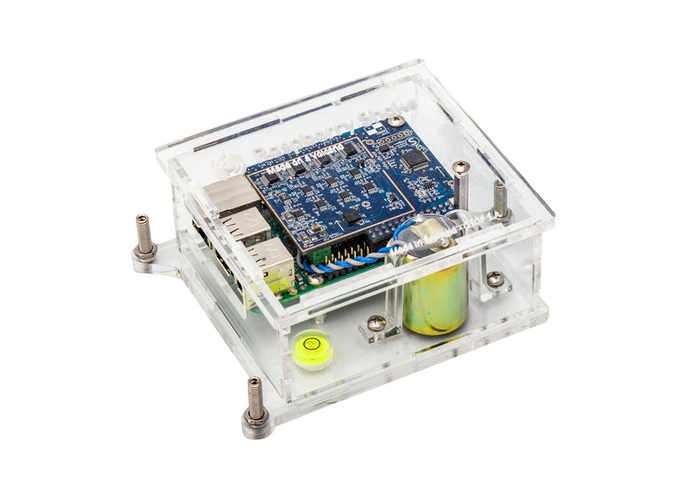 OSOP have created a cool Raspberry Pi project called the  Raspberry Shake 4D which allows you see the invisible motion of earthquakes.

Watch the demonstration video below to learn more about this awesome Raspberry Pi Project, which has taken to Kickstarter to raise the $7,000 it requires to go into production.

The Raspberry Shake 4D gives people like you the ability to truly observe unseen vibrations that happen all around, as well as the big ones that really shake things up. These Earth movements affect us all in some way or another, the more serious ones hitting the news with increasing frequency.

These movements are no longer limited to just “natural” movements such as sinkholes, landslides and earthquakes. Human factors are becoming increasingly more apparent with quarry explosions, nuclear blast testing, deep well waste water injection and fracking, processes that have impacted many of our friends and relatives directly. Recently the Oklahoma Geological Survey acquired 100 Raspberry Shakes for this very reason!

Until now, only government institutions with deep pockets could afford to monitor earthquakes. This all changed with the introduction of Raspberry Shake.  The Raspberry Shake 4D is a clever combination of technologies, conveniently fitting right onto the Raspberry Pi, the most popular single-board personal computer in the tech world, also making it a fantastic Raspberry Pi project for anyone who has one lying around!

For more information on the new Raspberry Shake 4D Earthquake Detector jump over to the Kickstarter website for details by following the link below.