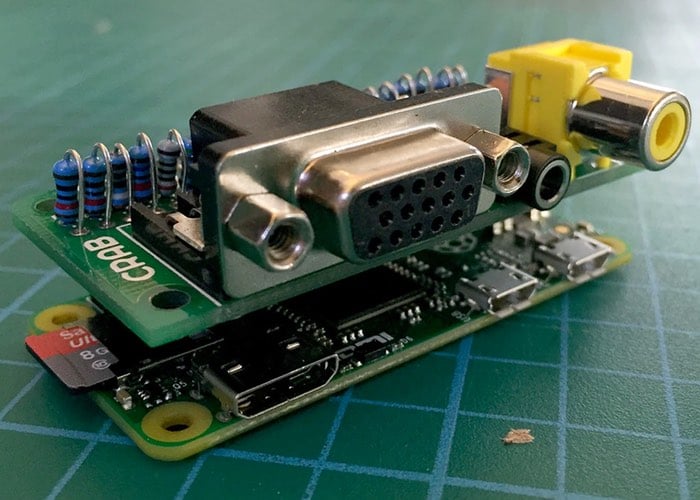 Raspberry Pi enthusiasts that have been searching for an analogue expander for the new Raspberry Pi Zero mini PC. Which was officially launched by the Raspberry Pi Foundation in December of last year, may be interested in a new add-on board that has been created by a developer based in London.

The add-on board for the Raspberry Pi Zero mini PC allows you to connect composite and analog audio or VGA connections to the pocket sized device, opening up a variety of new applications and possibilities for projects.

To learn more about the Raspberry Pi Zero Analog Expander Cap, check out the video below. Its creator explains a little more about the inspiration behind the development of the board and its features :

The analogue cap was designed in response to the release of the Raspberry Pi zero. For a low cost it helps to break out the analogue outputs from the zero. The analogue ports it provides are stereo audio, composite and VGA. All connectors are aligned to the same edge as the Zero’s existing connectors. The board is ideal if you want to utilize a computer monitor, especially if it has built in speakers like many ‘multimedia’ TFT screens that now cost very little second hand.

Excluding the composite output it will also work on any Raspberry Pi that has the 40 pin GPIO header [ Raspberry Pi A/B+ and the Raspberry Pi B2 ] To make it as cheap as possible and easy to adapt for different purposes it is a kit / bare PCB that uses only through-hole components. Due to a lack of space all components are folded this may make it a little fiddly to construct if you have less experience but it is not too hard. There will be full instructions on how to build the kit experienced and amateur alike in both document and video form.

For more information on the new Zero board and to make a pledge jump over to the Kickstarter website for details. If you found this article interesting you might also be interested in this list of awesome Raspberry Pi Zero projects we have put together.