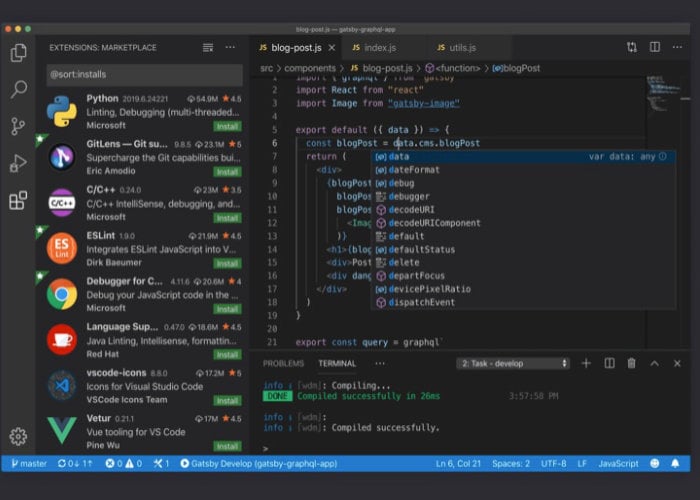 “VS Code is a free, open source developer text editor originally released for Windows, macOS and x64 Linux. Out of the box it supports generic text editing and git source code control, as well as full web development with JavaScript, TypeScript and Node.js, with debugging, intellisense and all the goodness you’d expect from a full-featured IDE. What makes it super powerful is extensions — bringing a huge range of programming languages, developer tools and other capabilities.

For example my VS Code setup includes a Python extension so I can code and debug in Python, a set of Microsoft Azure extensions so I can manage my cloud services, PlatformIO to allow me to program micro-controllers like Arduino boards coupled with a C++ extension to support coding in C and C++, and even some Docker support. Not a bad setup for a completely free developer tool.”

For more information about the release and availability of the Visual Studio Code editor on the Raspberry Pi mini PC jump over to the official Raspberry Pi blog by following the link below.