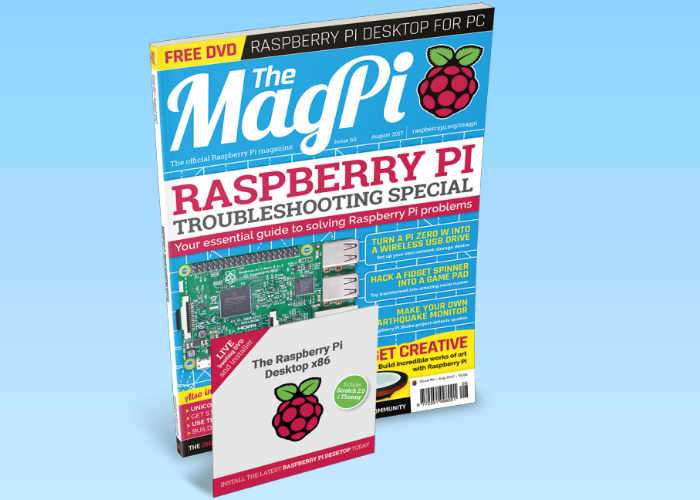 The MagPi issue 60 is now available to purchase or download on your favourite mobile device and includes the feature length guide which has been written for both newcomers and Raspberry Pi veterans.

That’s not all though – Issue 60 also includes a disc with Raspbian-x86! This version of Raspbian for PCs contains all the recent updates and additions, such as offline Scratch 2.0 and the new Thonny IDE. And – *drumroll* – the disc version can be installed to your PC or Mac. The last time we had a Raspbian disc on the cover, many of you requested an installable version, so here you are! There is an installation guide inside the mag, so you’ll be all set to get going.

On top of that, you’ll find our usual array of amazing tutorials, projects, and reviews. There’s a giant guitar, Siri voice control, Pi Zeros turned into wireless-connected USB drives, and even a review of a new robot kit. You won’t want to miss it!

Grab your copy today in the UK from WHSmith, Sainsbury’s, Asda, and Tesco. Copies will be arriving very soon in US stores, including Barnes & Noble and Micro Center. You can also get the new issue online from our store, or digitally via our Android or iOS app. And don’t forget, there’s always the free PDF as well.