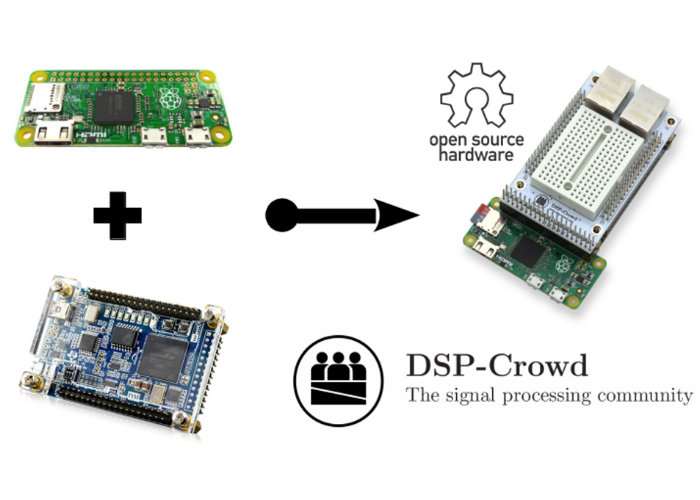 Johannes Natter based in Austria and part of the team at DSP-Crowd has unveiled a new Raspberry Pi to DE0 Nano connector the development team has created which is open source and now available to back via Kickstarter.

Pledges are available from €19 for super early bird backers with shipping expected to take place during July 2017. Watch the demonstration video below to learn more about the new Raspberry Pi connector and its features.

We are very pleased to introduce our first gadget: The Raspberry Pi to DE0 Nano connector. Our board combines the advantages of two well documented and supported systems. Guess which ones 😉

Correct! The first one is the Raspberry Pi. For those who still don’t know the Raspberry Pi: It’s a very low-priced single-board computer developed by the Raspberry Pi Foundation to promote the teaching of basic computer science in schools and in developing countries. By September 2016, 10 million devices of the Raspberry Pi family have found motivated users. Because of its row of GPIO (general purpose input/output) pins, the Raspberry Pi can be used in a lot of situations and projects besides ordinary personal computing stuff.

The second system which is involved is the DE0 Nano Development and Education Board made by Terasic. It contains a powerful ALTERA Cyclone IV FPGA with more than 22k logic elements, which can be transformed into whatever digital circuit you want. If you ask “What can I do with this thing?” we would say “Everything you can’t do with an Arduino or Raspberry Pi!”.

Jump over to Kickstarter for more details and to view the full list of pledges available to backers. If you enjoy building Pi projects you might be interested in our comprehensive list of Raspberry Pi displays, HATS and small screens.