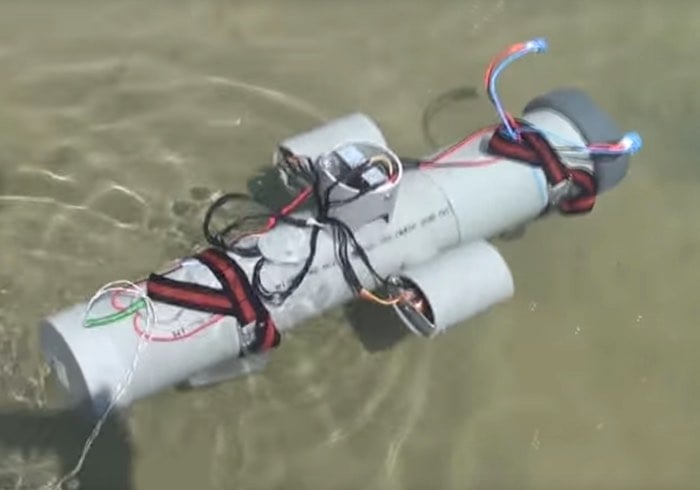 Inspiration for creating the underwater drone that is powered by the Raspberry Pi mini PC, was found after its creator watched a documentary made by National Geographic about the salvage of the Costa Concordia.

Check out the video below to learn more about its inspiration and construction using a HD camera, the Raspbian operating system and a handful of 3D printed parts, a BOSCH BMP180 Atmospheric Pressure Sensor, a ADXL345 Digital 3-Axis Gravity Acceleration Sensor. The build took around 250 hours and cost approximately €350.

I saw a VideoRay for the first time. I was impressed and started searching online to see if I could build one myself. I ended up at openrov.com and decided to build mine from scratch using their knowledge. I started Christmas 2014 and here you see the maiden trip in a sweet water lake in the Netherlands last week.