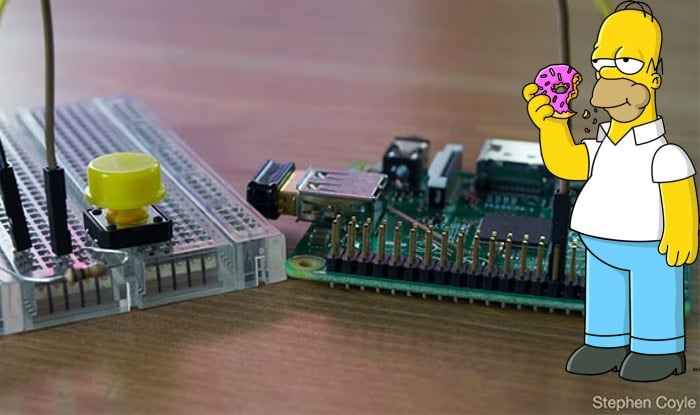 PhD student and developer Stephen Coyle has created an awesome Raspberry Pi powered Simpsons episode shuffler, which allows them to easily jump to a random episode out of the 600 or so Simpsons episodes.

Check out the video below to see the awesome pie Simpsons episode shuffler in action, which only took a few hours to create and make sure that he is never bored whilst watching The Simpsons again.

Stephen explains more about the inspiration behind the project and its construction :

I had a PhD deadline last Monday, so once that was out of the way I spent afternoon doing it to unwind. Most of the time was actually spent converting the episodes to get them all to fit onto the memory card!

It’s not too hard to make, in fact it’s a great beginner electronics project. Programming and doing basic electronics is really easy with the Raspberry Pi (I’d really encourage anyone to get one and try it out!). I’ve put the code that makes it work on my website for anyone to use, so as long as you can connect up a button you’re all set.

Jump over to the Stephen Coyle website for more details and the Raspberry Pi code to make your very own. If you found this article interesting you might also be interested in this list of awesome Raspberry Pi Zero projects we have put together.