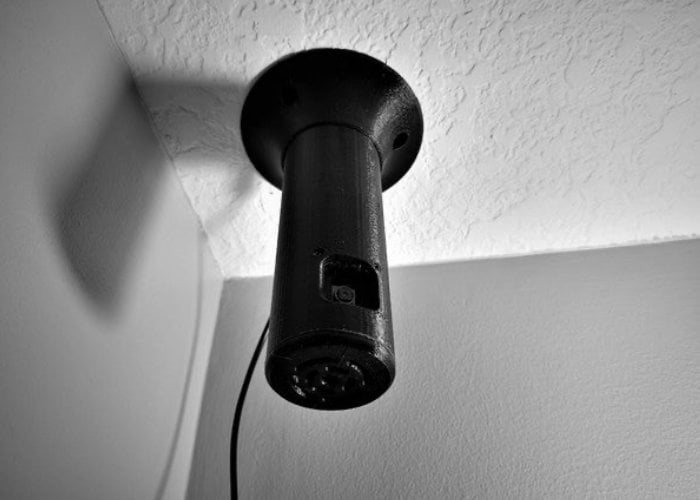 MotionEyeOS is a fantastic piece of software that makes it easy to build a DIY security camera thanks to its simplicity and web-based user-friendly interface. MotionEyeOS supports most USB cameras, Raspberry Pi camera modules, and IP cameras. Additionally, it brings other useful features when it comes to a surveillance system:

– Motion detection with email notifications
– You can set set a working schedule
– Take still images
– Store your files in SD card, USB drive, or upload your files to Google Drive or Dropbox
– Access your media files through FTP server or SFTP server

“Previously, all my IPi camera models were designed with the intent of pure utility; little to no care was had for aesthetics during the design processes. Normally, I’d design a camera to use the least amount of plastic for it’s size, whilst being a small as possible. Basically, each iteration was designed for simplicity and function. This is the IPi VRT. (Vertical) The design presented isn’t an iteration of the previous models; it is it’s own design.This model is made for the technical minded consumer, while having the style and simplicity for the interior decorator inside us all.

There are no hard edges, with the camera body and ceiling mount blending together to give the appearance of a singular structure. With today’s smart home technology being built with more sleek lines, and more organic in shape, this security camera fits in quite well. On the mechanical design, this camera is designed to mostly snap fit together, requiring only two M2x8mm screws for mounting the camera module. The ceiling mount is also a rotational bearing; both pieces being printed as one part, unable to be separated. This makes the mount durable, while allowing reliable 360° rotation.”