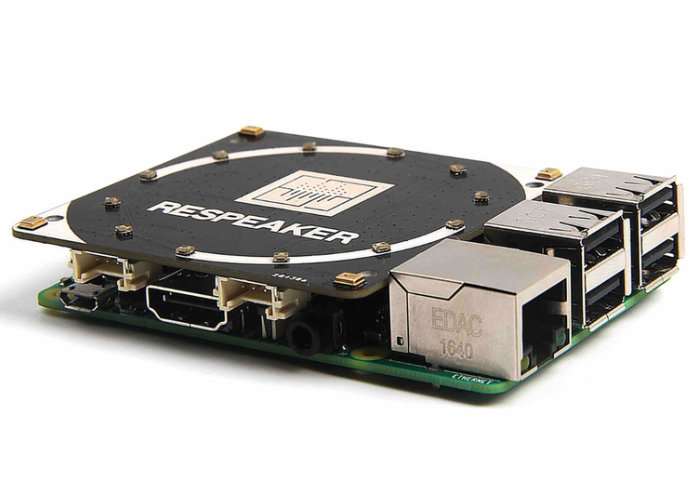 Raspberry Pi enthusiasts may be interested to know that hardware manufacturers ReSpeaker have created a new quad microphone expansion board specifically designed for the range of Pi mini PC systems.

The Raspberry Pi ReSpeaker 4-Microphone HAT is now available to purchase directly from Seeed priced at $24.90 and allows you to build more powerful and flexible voice products that integrate to already available services such as Google Assistant, Amazon Alexa Voice Service and more.

The 4-Microphone HAT has been based on the AC108 providing highly integrated quad-channel ADC with I2S/TDM output transition for high definition voice capture, explains ReSpeaker.

Besides, this 4-Mics version provides a super cool LED ring, which contains 12 APA102 programmable LEDs. With that 4 microphones and the LED ring, Raspberry Pi would have ability to do VAD(Voice Activity Detection), estimate DOA(Direction of Arrival) and show the direction via LED ring, just like Amazon Echo or Google Home.