We have featured a number of different Raspberry Pi Projects here on Geeky Gadgets over the years which have been created using the awesome Raspberry Pi $35 mini PC. 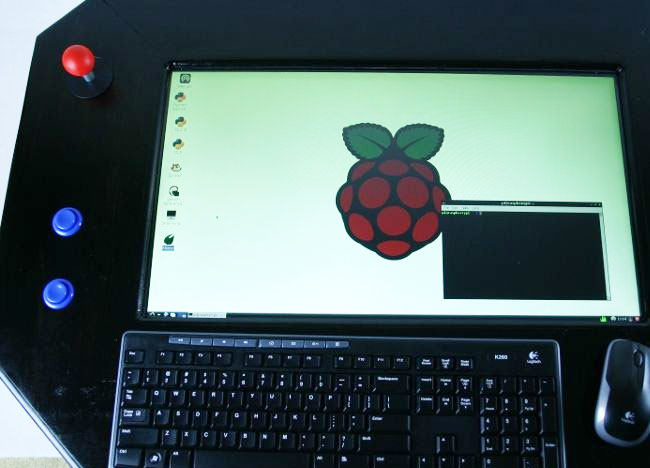 The coffee tablet has been built using a Raspberry Pi mini PC to provide a traditional old school retro arcade cocktail cabinet, but also provides users with the ability to surf the web, read email and preform other tasks when required.

The Raspberry Pi project uses a 24 inch LCD screen mounted in the center can be used to do any number of things such as show family photos or updates from social networking sites, and the cabinet is equipped with a Raspberry Pi mini computer.

For more information and full instructions on the Raspberry Pi mini PC arcade cabinet jump over to the Instructables website for details, and more Raspberry Pi Projects.

“The Raspberry Pi is a credit-card sized computer that plugs into your TV and a keyboard. It’s a capable little PC which can be used for many of the things that your desktop PC does, like spreadsheets, word-processing and games. It also plays high-definition video. We want to see it being used by kids all over the world to learn programming.”