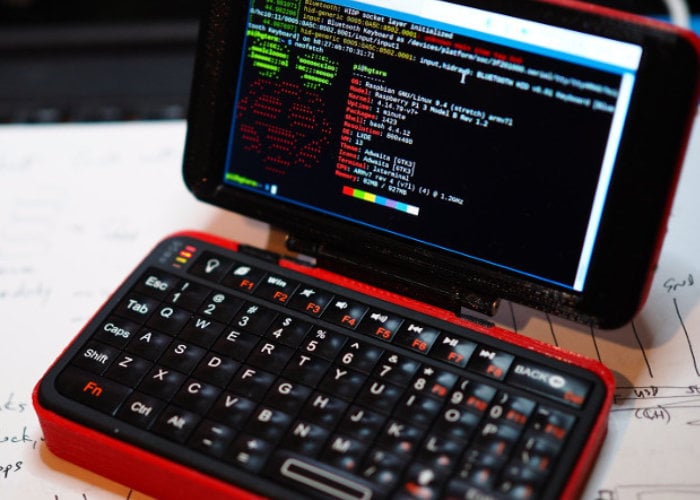 If you are considering yielding your very own Raspberry Pi mini laptop you may be interested in this awesome build featured on the Hyper Glitch website. Providing all the instructions you need to build your very own. Unlike other Raspberry Pi systems we have also featured here on Geeky Gadgets this build features a powerful battery providing up to 6 hours of use on a single charge.

When building the Raspberry Pi mini laptop a number of features were required including : 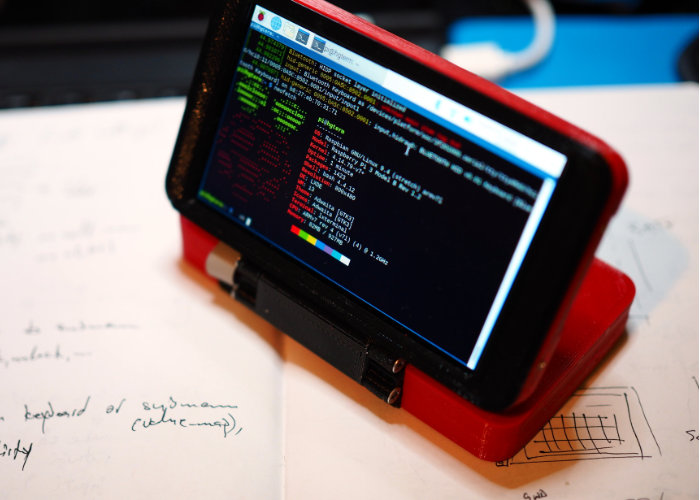 The creator of the awesome Raspberry Pi mini laptop explains a little more about the components and design of the system :

“For the display I chose Pimoroni’s Hyperpixel4, 4″ display with capacitive touch and 800×480 resolution. The screen looks beautiful but it takes pretty much all of the Raspberry’s GPIO pins. The good thing is that it exposes one I2C bus which can then be used for GPIOs. The first idea was to add an I2C port expander and ADC but I realised that a better option would be to add an Arduino board inside which would handle power management, GPIOs and analog inputs as an I2C slave device which I can query from Pi. That, together with USB-serial converter, would cover the I/O needs. Display connects to Pi’s GPIO port directly which means that Pi will go to the device’s “lid” and bottom part will contain battery and keyboard.

For keyboard I went with small Rii bluetooth keyboard I found on Aliexpress as it has all the standard keys (Ctrl, Alt, Meta, function keys, …) and backlight. The good thing (which is also a bad thing) is that since it is wireless it only requires power to work. But it will often go into the power saving mode and takes few seconds to wake up. I had an idea to attach a microcontroller directly to keyboard matrix but that would be a whole project by itself. Also, there is an unpopulated pin header on the keyboard PCB which might be used to re-flash the onboard controller – I should investigate it at some point.”

For full instructions on how to build your very own jump over to the Hyper Glitch website by following the link below. Where all the 3D printing files are also available to create the outer casing. If you enjoy building Pi projects you might be interested in our comprehensive list of Raspberry Pi displays, HATS and small screens.