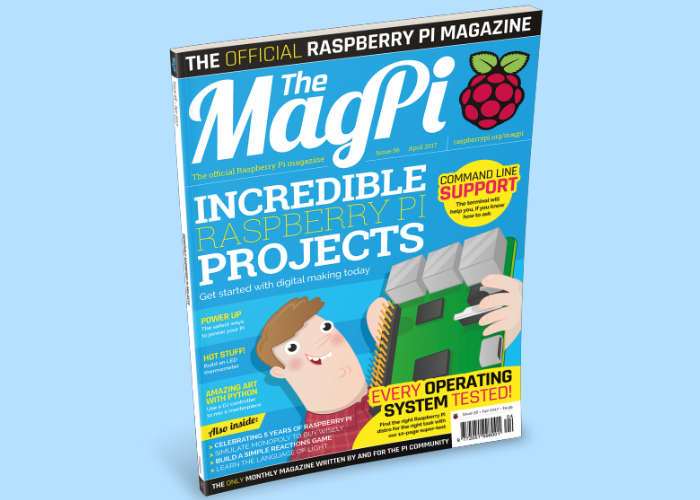 Raspberry Pi enthusiasts will be pleased to know it’s that time of month when the Raspberry Pi Foundation releases the next edition of their fantastic monthly magazine The MagPi.

In this week’s edition issue 56 the team has collated a collection of incredible Raspberry Pi projects which have been built by members of the community. Ranging from simple things you can make quickly to more complicated projects such as a set of Pinoculars.

The official rules repine Foundation explains a little more about the content of the latest MagPi issue 56 :

Our news section looks at some great new happenings in the world of Pi, such as the new Pimoroni kits for Zero W, the Cambridge theme for PIXEL, and our fifth birthday celebrations.

Also not to be missed in this issue is our lowdown of every Raspberry Pi operating system: which is your favourite? While you’re weighing up the pros and cons of Raspbian vs. Ubuntu MATE, you can also read about our DJ Hero harmonograph, some hot command line tips, and much more.

The MagPi is the only monthly magazine written by and for the Pi community. Regardless of your experience with the Raspberry Pi, there’s something for everyone.

For more information on this and all the other Raspberry Pi magazine issues jump over to the official Raspberry Pi Foundation website via the link below.  If you enjoy building Pi projects you might be interested in our comprehensive list of Raspberry Pi displays, HATS and small screens.