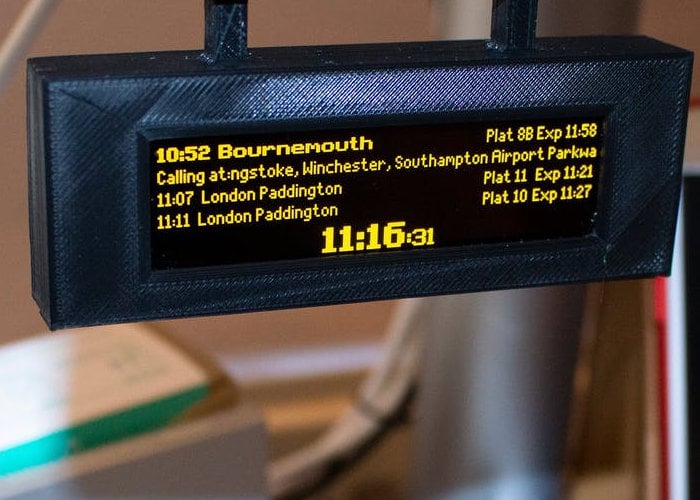 If you commute to work on the train or use the train on a regular basis you may be interested in an interesting build by Hackster.io member Chris Crocker-White, who has created a live train station desktop sign using the Raspberry Pi Zero W mini PC together with a small OLED and a 3D printed enclosure.

Chris explains a little more about the inspiration behind the awesome Raspberry Pi train display which uses software run in Docker on balenaCloud to make it easy to deploy and configure. 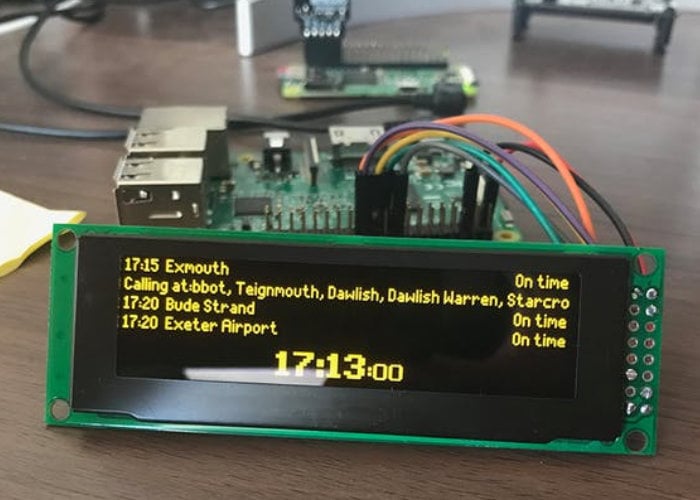 “A while back I came across this tweet by Chris Hutchinson, he’d started a project to pull data from Transport API and display live train departure information on a small OLED display to mimic those signs seen on station platforms in the UK. Build your own UK train station platform departure display (next train indicator) with live data using a Raspberry Pi Zero, OLED display and 3D-printed case – a cool (and practical!) desktop gadget. It involves a bit of software, a bit of soldering, and some 3D printing, too.”

For full details on how to build your very own Raspberry Pi trained time board jump over to the Hackster.io website.