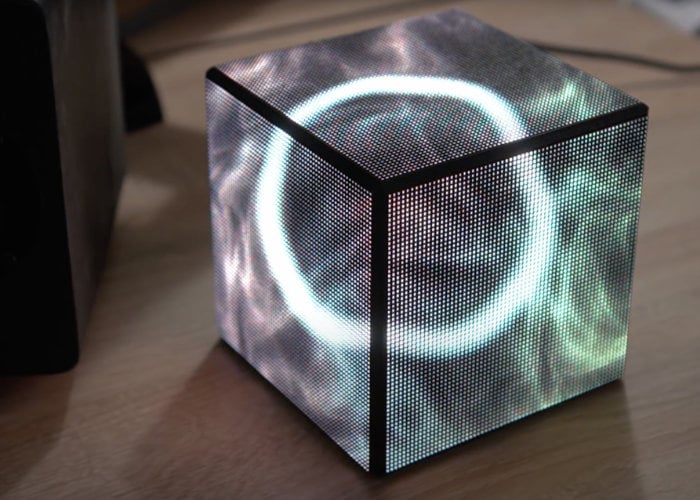 Makers and Raspberry Pi enthusiasts looking for a project to keep them busy this weekend might like to take inspiration from this excellent CPU status cube powered by a Raspberry Pi mini PC.

“Inspired by many LED cube projects before me, I decided to build my own version, which eventually turned into a CPU status indicator on my desk. Is there a more over the top way to monitor your CPU temperature and usage than 12,288 individually addressable RGB LEDs arranged as a cube? The cube automatically turns on when I start my PC and I have a simple Python script runnning in the background of the PC which reports the current temperature and usage statistics of the CPU to the cube. The colorful animation on the cube is designed to be not distracting (slow and calming) and changes such that I can see the state of the CPU at a single glance.”

“If the CPU is cool and idle, the animation runs on a blue background. With increasing temperature, the background changes from blue to green, yellow and eventually a fiery red. In the center of the animation is a circle that spans across the three visible sides of the cube. This circle consists of twelve segments representing the twelve threads of my Ryzen 5 CPU. Each segment changes width according to the usage of a thread, so if the CPU is idle, the entire ring is thin. If few threads are running at full capacity, there is a bulge in few segments4 of the ring and if the entire CPU is occupied, the entire circle swells up.”