Raspberry Pi has this week announced that a new version of their camera module for the Raspberry Pi mini computer, which was first unveiled back in the middle of May (pictured below). Will be available to purchase before the end of October 2012. Watch the video after the jump to see it in action. 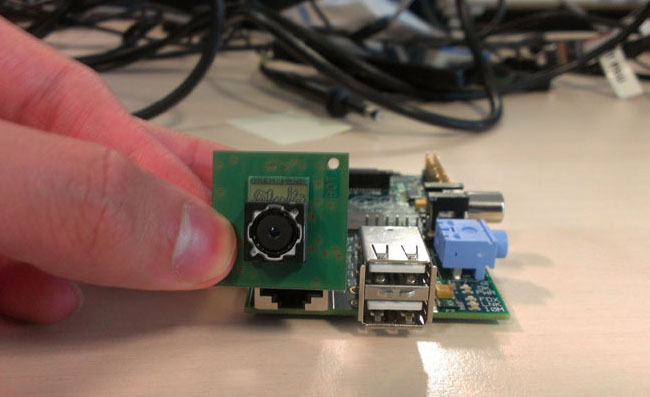 The prototype camera out on which was unveiled back in May consisted of a 14 megapixel sensor, however the new camera module which attaches to the Raspberry Pi mini computer via a ribbon cable will be equipped with a five megapixel sensor.

When the news Raspberry Pi camera module arrives is expected to be priced at around $20-$25, and will provide your Raspberry Pi with a camera capable of capturing both still images and video footage.

Founder of the Raspberry Pi Institute Eben Upton revealed this information at the Raspberry Jam event in Cambridge, England this week.