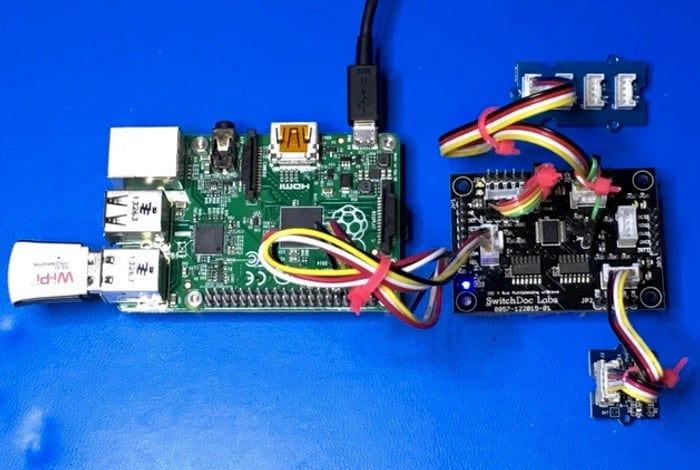 The latest board from the team enables you to have up to 4 I2C busses connected to either your Arduino development board or Raspberry Pi mini PC and is also equipped with Grove Connectors and LEDs.

Watch the video below to learn more about this new SwitchDoc Labs project which is looking to raise just $1200 to make the jump into production. Features of the board include the ability to :

– Converts one I2C bus (on Pi or Arduino) to 4 separate I2C buses
– All four I2C busses can be run at 3.3V or 5.0V, independently
– LEDs indicate the status of each I2C Bus – Great for debugging
– Pin Headers available for non/Grove connections
– Has standard Grove connectors for easy connections
– Allows using same I2C addresses for many sensors galore!
– Works with Arduino and Raspberry Pi
– Software Drivers for Arduino and Raspberry Pi Included

For more information and to make a pledge from just $15 to be one of the very 1st to get their hands on the latest SwitchDoc Labs jump over to the Kickstarter website via the link below.  If you liked this you might also be interested in building an Arduino wind speed meter