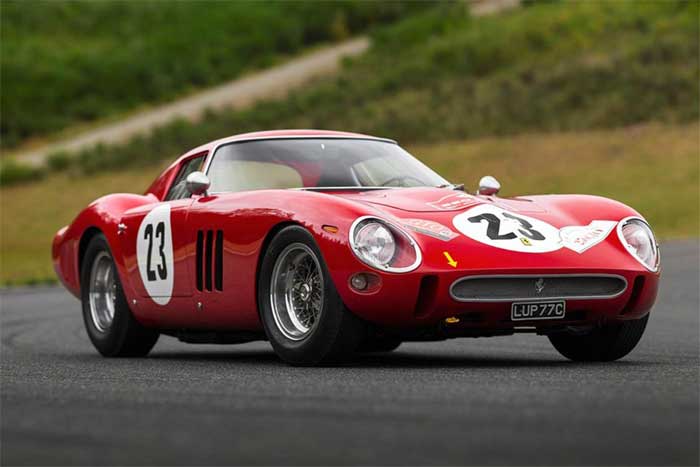 Over the weekend a Sotheby’s auction was held and at the event was an extremely rare Ferrari. The car was a 1962 Ferrari 250 GTO and the car sold, with buyer’s premium, for $48,405,000, a world record for the most expensive car sold at auction. This ride was chassis 3413 GT and was originally a test car used by Ferrari.

It was the third of 36 250 GTOs built and had a lot of racing history under its belt. The car had been driven by F1 champ Phil Hill during the 1962 Targa Florio. That same year the car won the Italian GT championship and was first in class at the 1963 and 1964 Targa Florio.

This is only the third Ferrari 250 GTO to go on sale since 2000. This car is also one of only four GTO cars to have been upgraded in period by Scaglietti with Series II GTO/64 coachwork. Of the 36 250 GTOs built only seven total received this bodywork.