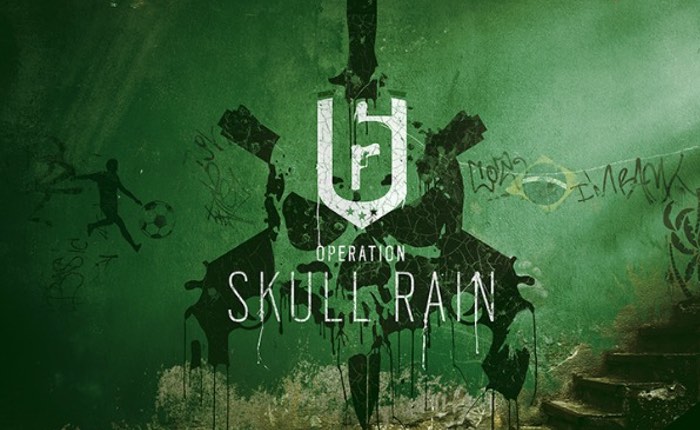 Caveira is the defensive Operator of the two. As such, she possesses the “Silent Step” skill that enables her to sneak up on enemies to immobilize and then interrogate them to reveal their teammates’ location. Her arsenal includes an M12 and SPAS-15 for primary weapons, a PRB92 as a secondary, and Nitro Cell C4 and Barbed Wire for gadgets.

As the attacker, Capitão carries a tactical crossbow that can fire asphyxiating bolts that burn oxygen within a certain radius, as well as micro smoke grenades that can mask positions and team movements. Capitão also has an M-249 and PARA-308 for primary weapon options, a PRB92 for secondary, and frag and stun grenades rounding out his available arsenal.

Operation Skull Rain will also have a new map for teams to do battle. Set in a Brazilian favela, this new map supports exterior shell destruction, making it Rainbow Six Siege’s most destructible map to date. The new map will be free for all players.

For more information on the new Rainbow Six Siege’s Operation Skull Rain expansion jump over to the Ubiblog website for details by following the link below.