When Motorola announced the new Droid 2 Android smartphone, they also announced that they would be releasing a limited edition R2-D2 Droid 2.

It seems that some photos have now appeared showing the R2-D2 Droid 2 which is expected to be unveiled today at the start of the Celebration V show. 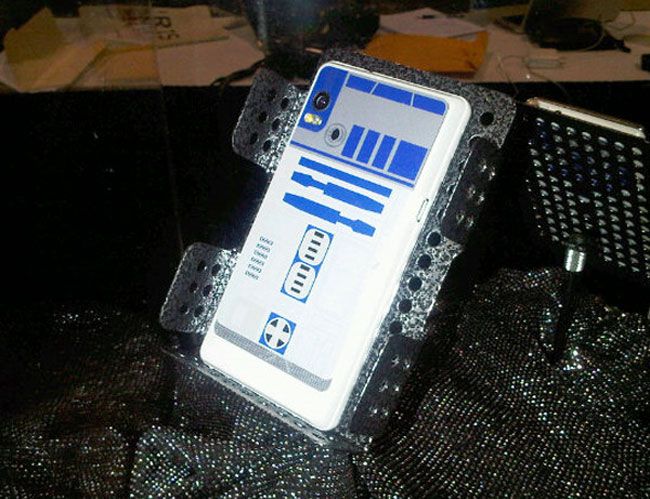 As you can see from the photo R2-D2 looks a little more boxy than usual, we think that this limited edition R2-D2 Droid 2 will be a must for die hard Star Wars fans.

As soon as we get some pricing information and some more photos when it is officially unveiled we will let you guys know. Have a look and our article on Android vs iPhone to see which smartphone and mobile platform is best for you.