If you are a geek that likes sci-fi odds are Star Wars is right up there in the running for your favorite films. Star Wars is so popular that decades after the films hit theaters, merchandise is still very popular. We have talked about the Han Solo ice cube trays in the past and now I have found these Star Wars R2-D2 ice trays. 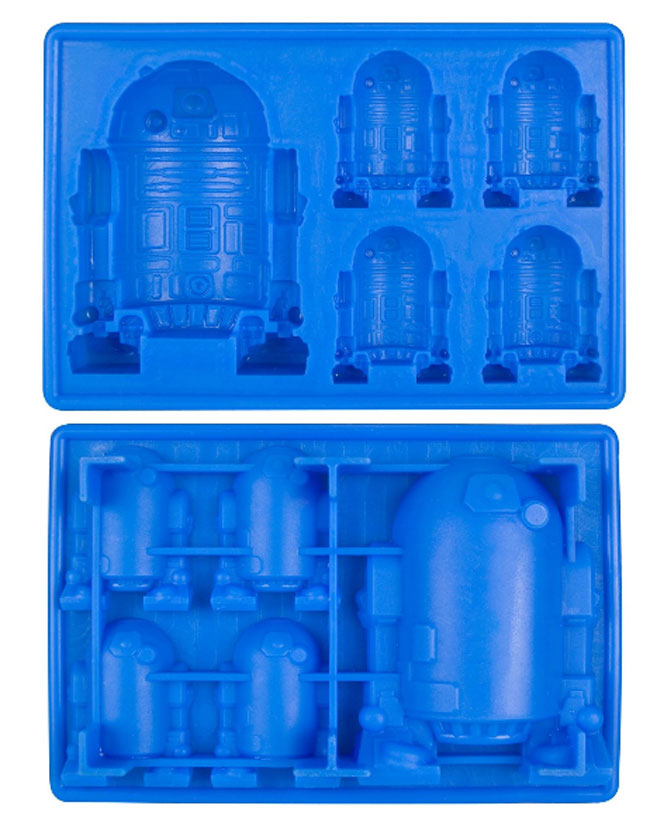 The trays have one large R2 ice mold and four smaller ones. The molds look accurate and would be great for a Star Wars themed birthday or party. These would also be great for a sci-fi Halloween party. You can order the R2-D2 trays up right now.

You can also use them to mold Jell-O, chocolate and any other similar material. A since tray will cost you a bit more than $9. Buy them you will, hmmmmm.