Love Hultén has built an awesome arcade cabinet / PC system called the R-Kaid Revelation which has been constructed using walnut wood and copper to provide a steampunk finish to his creation, which is packed with technology and high end PC hardware.

The R-Kaid Revelation features an innovative 22″ transparent LCD screen that when in sleep mode displays the inner workings of the machine for all to see through a red glow effect. Watch the video after the jump to learn more about the R-Kaid Revelation project and see it in action. 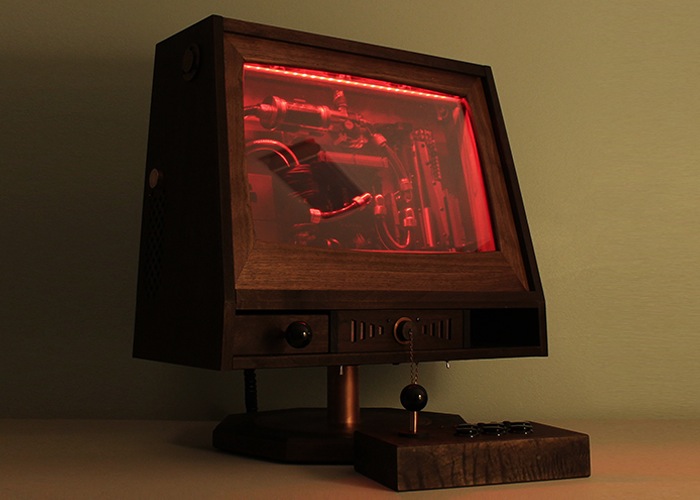 Other features of the R-Kaid Revelation system include a water cooling system to keep the PC components cool as well as a DIY blind/shade that is motor driven. 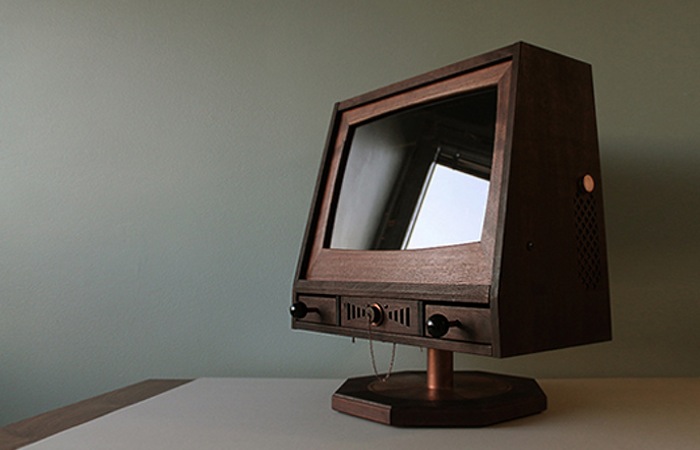 The R-Kaid Revelation is also equipped with a 500 ANSI LED projector that allows you to enlarge your gaming experience when required and two wireless joypads, are hidden and integrated in draws in the main body of the system for easy access and storage. 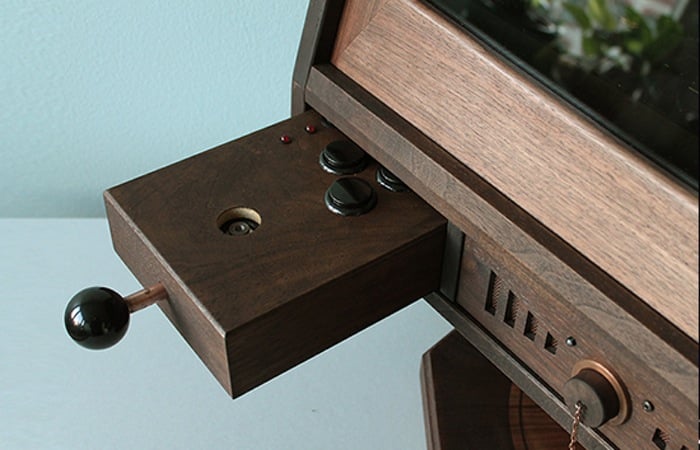