I’m not exactly a fan of the band Queen, though there are a few songs that I like the band performs. The special edition 40th anniversary box set may not be my cup of tea, but if you’re a big fan, you’ll want pay attention because this is a pretty slick box set. One thing about this set is back you get no DVDs or CDs in this box set. 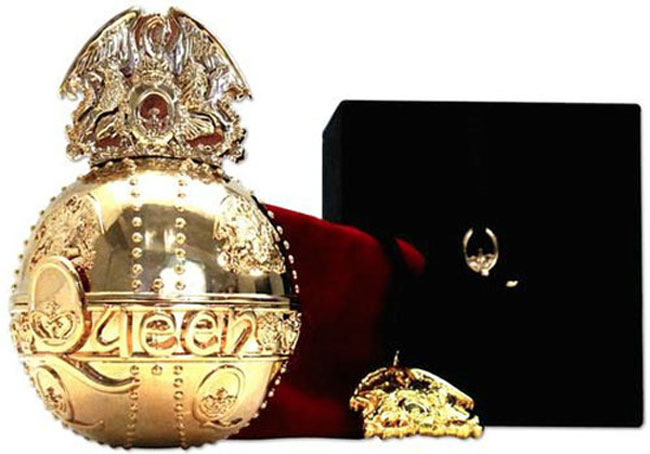 All the content you get is digital and comes on the Queen crest flash drive inside a golden orb with a velvet black case. Crammed on the that flash drive for all 15 Queens studio albums with tracks offered in both 320 Kbps MP3s and 24-bit 44.1 kHz Wav format tracks. All those tracks are also remastered.

The box set also has some sort of gold-plated Queen necklace. The box set will be limited to 5000 units and will go on sale April 2. You need to be a serious fan of the band because each set will sell for $350. That flash drive also has a bunch of digital images.