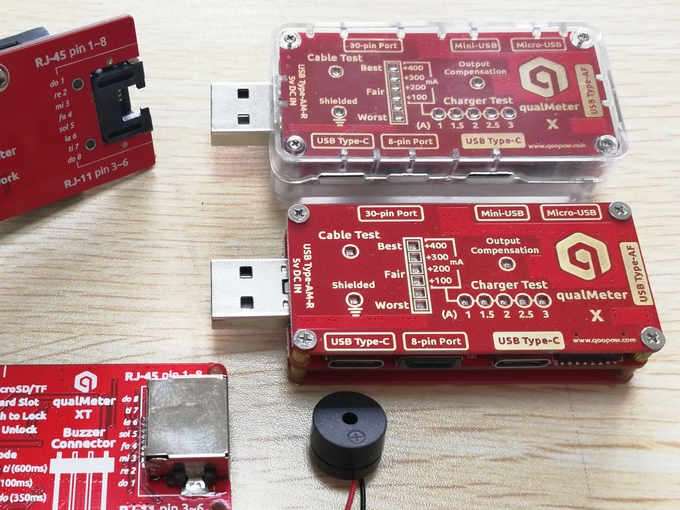 Intelliplus have unveiled a new cable and charge tester called the qualMeter XT which is now available to back with early bird pledges starting from as little as CAD$14.

The qualMeter XTOffers an extension board and DIY kit, which has been specifically created for the qualMeter X to extend its functionalities and to enable its firmware to be easily upgraded.

Watch the demonstration video below to learn more about the qualMeter XT which is now available to back via Kickstarter and has already raised its required pledge goal to make sure it can progress to the next stage of manufacture.

As we have promised, the original qualMeter X was designed to be upgradable which allows qualMeter X to extend its function and fine tune its testing ability and results in the future. Now, with qualMeter XT, you can easily upgrade the firmware of qualMeter X version via a commonly used MicroSD/TF card.

For more information on the new qualMeter XT jump over to the Kickstarter website for details by following the link below.