Today Qualcomm has announced a new naming scheme for its range of Snapdragon processors which can be found in most of today smartphones and tablet devices. Qualcomm has renamed it processors with the aim of making it easier for consumers to understand what is powering their gadget or device.

As of today the Qualcomm Snapdragon processors will be known as S1,S2, S3 and S4 and the higher the number the faster the processor. For example the S4 processors will encompass Qualcomm’s new range of Quad-Core processors which have yet to be launched, where as the S1 range will include processors that been designed for mass market smartphones. 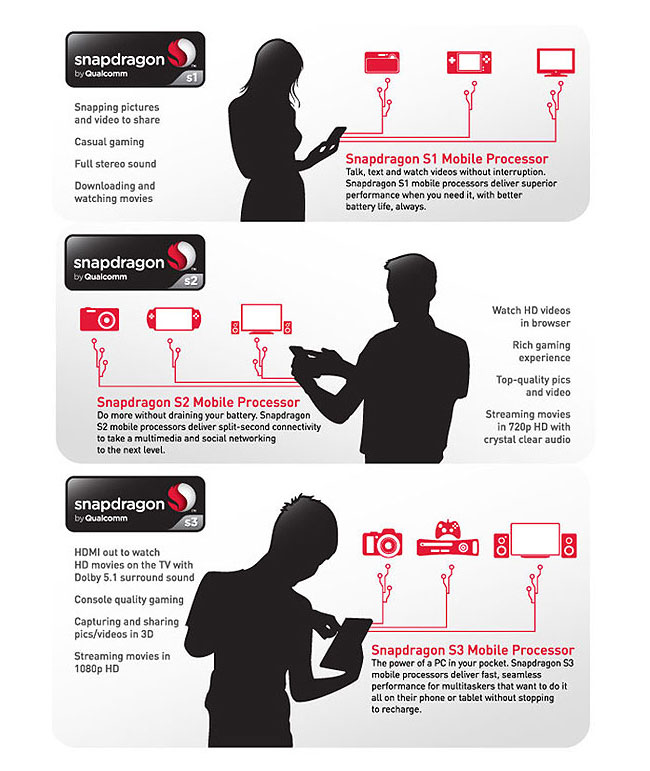 Qualcomm also indicates that S2 devices will always remain with in the S2 bracket and will not become S1 or upgrade to S3 devices, allowing Qualcomm to add new tiers to the naming system as they release higher speed processors, i.e S5, S6, S7 etc.. 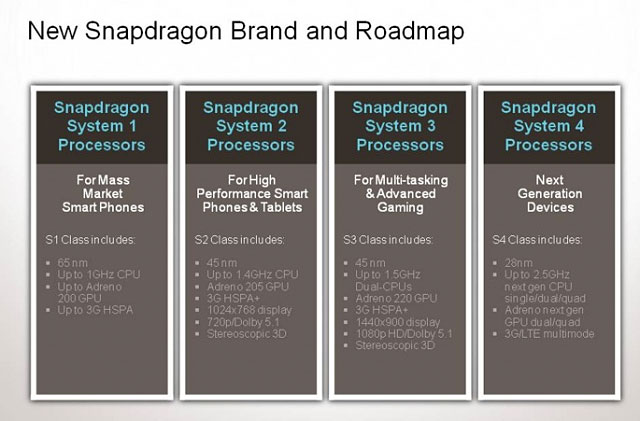