The video below shows the new Qualcomm Snapdragon 400 processor in a smartphone, compared to another handset running a ‘competitors 1.2GHz dual core processor. 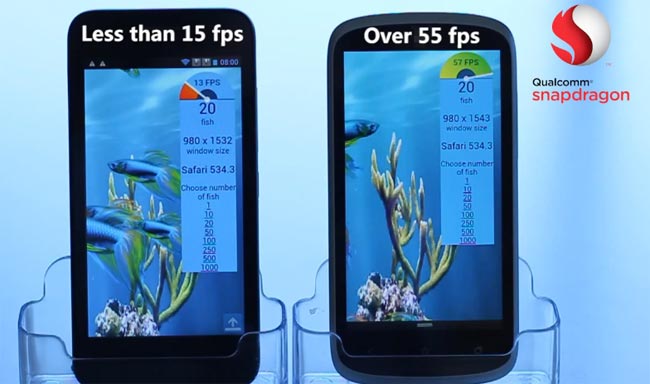