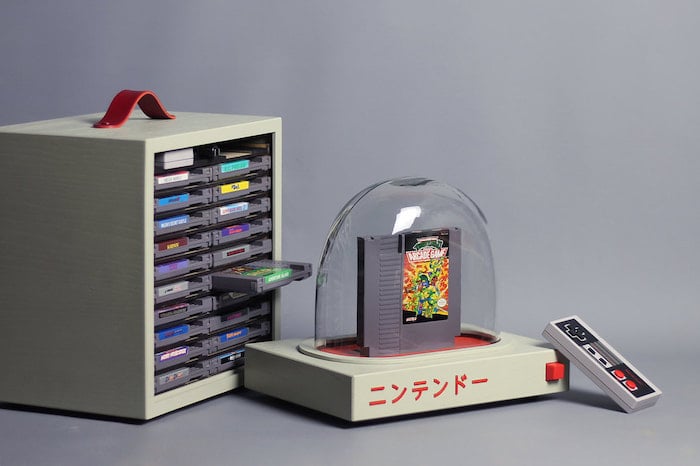 We have seen some amazing creations from Love Hultén in the past and now he has released his latest one called Pyua.

Pyua is custom NES console that will take both NES and Famicon cartridges and it comes with a wooden case that stores your favourite 20 games and two controllers. 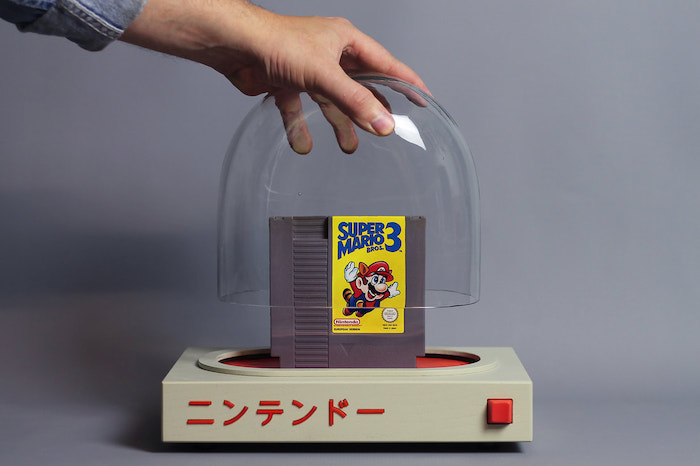 Famicom(1983) and its US equivalent, the NES(1985), helped revitalize the video game industry following the video game crash of 1983. It became the most successful gaming console of its time in both Asia and North America, and Nintendo set a new standard for subsequent development in the game industry. 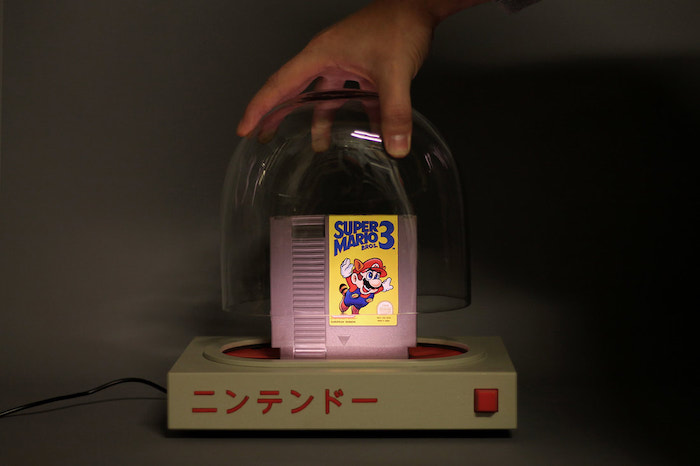 Pyua is a conceptual tribute and a delicate homage to Nintendo. 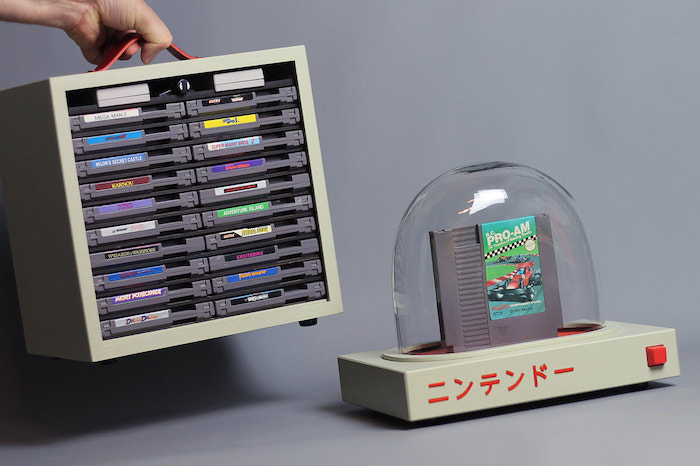 On the inside you’ll find the heart of the console, the Nt mini pcb – manufactured by praised Seattle based company Analogue. The Nt mini handles both NES and Famicom cartridges, and it does so without any degradation or input lag. Performance is flawless, not just in terms of frame rate and speed, but in color replication and audio as well. And yes, it upscales to 1080p for your HDMI monitor. Nt mini uses FPGA to replicate and truly enhance the 8-bit experience.

You can find out more details about this interesting NES console from Love Hultén over at his website at the link below.