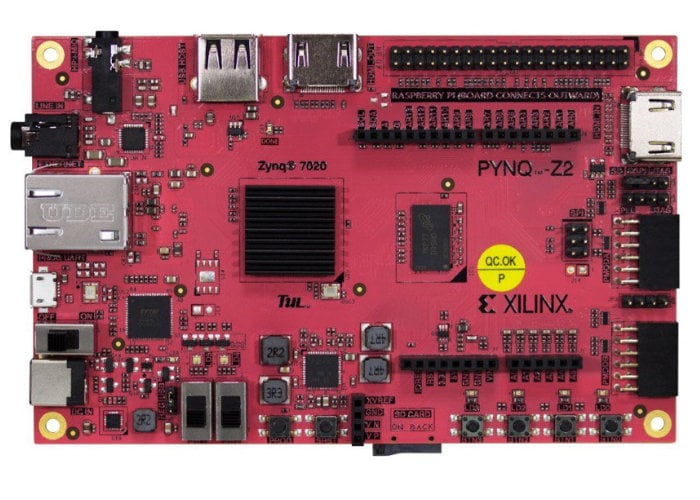 The development team at Digilent responsible for the PYNQ Z2 Python FPGA board which measures just 140 x 87mm in size, have this week announced a few new improvements to the board in the form of a Raspberry Pi Header and 24-Bit Audio Codec to name a few. The board is powered by an Xilinx Zynq-7020 Arm Cortex-A9 + FPGA SoC and has been specifically designed for PYNQ.

If you are not familiar with PYNQ, it is an open-source project from Xilinx that makes the design and implementation of embedded systems with Xilinx Zynq Systems on Chips (SoCs) easy. “Using the Python language and libraries, designers can exploit the benefits of programmable logic and microprocessors in Zynq to build more capable and exciting embedded systems.” PYNQ users can now create high performance embedded applications with parallel hardware execution, high frame-rate video processing, hardware accelerated algorithms, real-time signal processing, high bandwidth IO and low latency control.

PYNQ Z2 board specifications include :