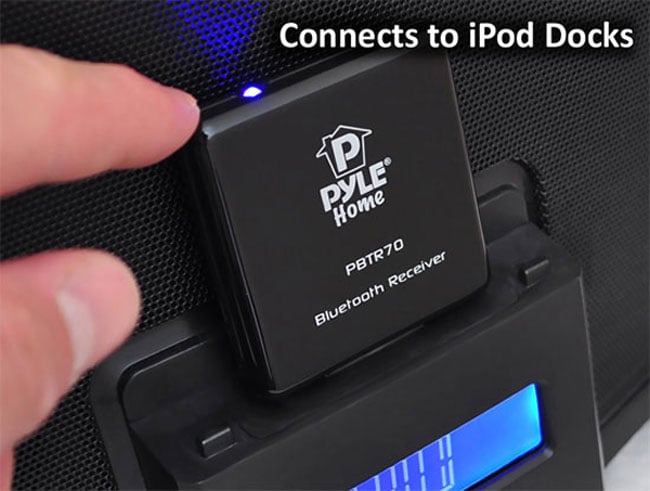 The receiver gets the power directly from the speaker dock and has a wireless range of up to 33 feet. The adapter allows you to stream music via any Bluetooth device including Android smartphones or tablets, the iPhone, BlackBerry smartphones, game consoles, computers, and more.

The streaming device also has a 3.5 mm input to allow music playback from devices that don’t have built-in Bluetooth. The PBTR70 is available directly from Pyle Audio for $66.99.