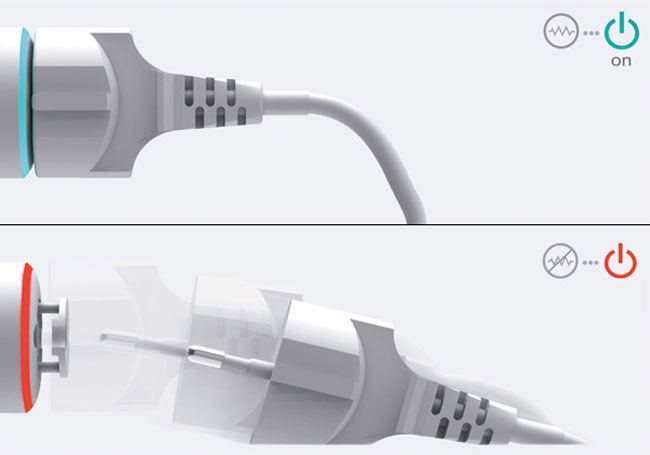 A new concept plug has a way to stop that phantom power draw that would drive me nuts. When the plug senses that the gadget it no longer in use or is fully charged the plug goes from green around the edges to red. Ten minutes after it goes red, the center section pops out like a turkey timer and pops your power cable out.

That would drive me nuts if the outlet was hard to get to or if it was a smartphone left on that doesn’t last long on standby. I think the better solution is a switch that just cuts the power off and leaves the cable plugged in.