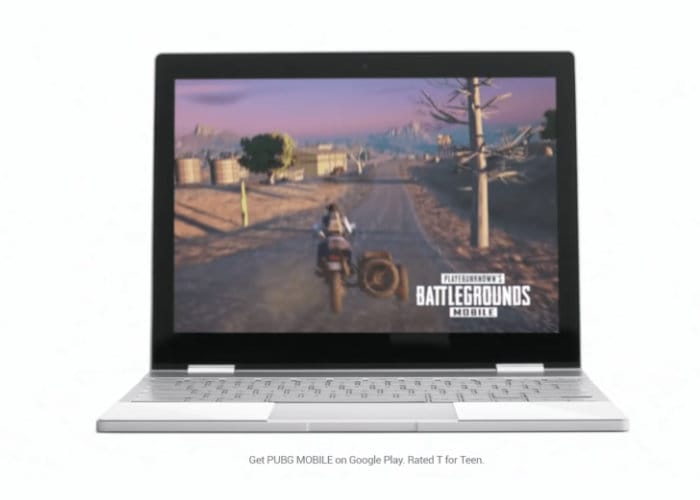 Chromebook owners patiently waiting for official PUBG Mobile support to be released for Chromebook systems, allowing the game to be played in higher resolutions, will be pleased to know that a release is likely to be made available very soon.

The ability to play PUBG on Chromebooks arrives back in mid May 2018 although a number of features and resolution settings run available forcing players to enjoy the game on “low” graphics settings with only medium frame-rates across the board.

The Chrome Unboxed website is today reporting that within a brand new commercial for Chromebooks, PUBG Mobile is shown running on a Pixelbook for a few seconds near the end of the video with a clear branding. Indicating that official support for PUBG Mobile on Chromebook’s should be arriving sooner rather than later although nothing as yet has been announced. Check out the advertisement below for a glimpse at what you can expect.

As soon as more information is announced will keep you up to speed as always in the meantime jump over to the Chrome Unboxed website by following the link below for more details in the meantime.