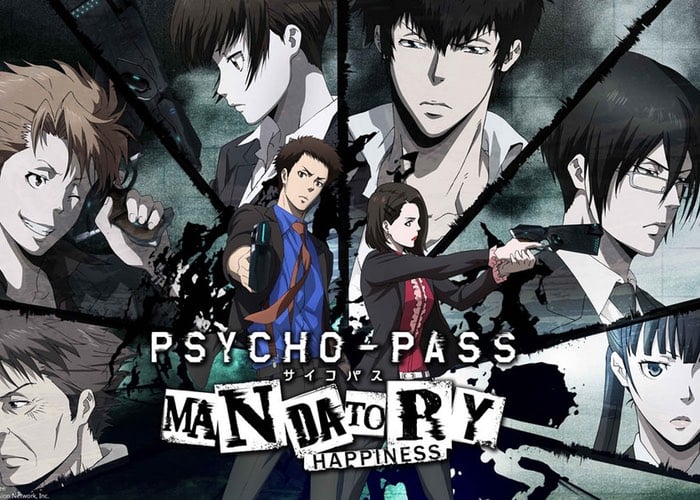 In the article over on the PS Blog has been revealed that Psycho-Pass Mandatory Happiness will now be launching on the PlayStation 4 and PS Vita to later this year on September 13th throughout North America.

King explains more about the game and storyline:

Psycho-Pass originally began as an anime television series airing in Japan in 2014. The anime received critical praise and quickly made its way to the West, growing popular within the anime community. Written by Gen Urobuchi — best known for his dark style and unforgiving plot twists — Psycho-Pass tells a dystopian sci-fi tale for the ages.

In 2113, the government in this society has advanced technological developments that allow one’s mental state and disposition to be quantified and profiled. In other words, with only the mere “intent” of behaving in a criminal manner, your mental state would be profiled as such in your “Psycho-Pass,” resulting in potential imprisonment or even death. This system is the government’s omniscient eyes of justice.

The Psycho-Pass is broken into two main components. One of the components is the Hue, which is a visual representation that conveys a person’s stress level. The other is a Crime Coefficient, a numerical value representing a person’s criminal capacity. This numerical value determines whether an individual requires enforcement by the detectives of the Public Safety Bureau.

Developed by MAGES, creators of the well-received “Science Adventure” series (Chaos:Head, Steins;Gate, Robotic;Notes), Psycho-Pass: Mandatory Happiness takes place during the timespan of the first season of the anime series and adds backstory and world building to the overall story, as well as in-depth storylines to each of the newly introduced characters.

You choose between two new playable characters: Nadeshiko Kugatachi, a calm and serious Inspector whose memories were wiped away, or Takuma Tsurugi, a hot-headed Enforcer who is searching for his missing childhood friend. As you proceed through the game you are given different cases and must decide on the best course of action for each given situation. Some decisions may lead you towards the right path, and some may lead you closer to… something else.

For more information on the new Psycho-Pass: Mandatory Happiness game jump over to the PlayStation Blog website for details following the link below.