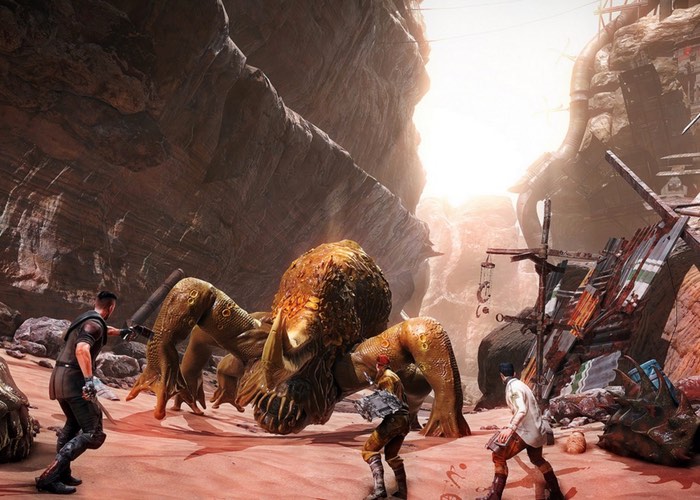 Gamers interested in learning more about the upcoming Technomancer science fiction action role-playing game which is currently under development by Spiders. Are sure to enjoy this new gameplay trailer which has been published over on the official PlayStation blog this week.

Technomancer will be launching some time later this year and will be available to play on PlayStation 4, Xbox One and PCs. The game is set in a universe during the War of Water on Mars, 200 years after humans colonised the Red Planet.

Your journey starts at Ophir, capital of Abundance, erected from the remains of the first human settlements in the Ophir Chasma. Picking from three combat stances, you’ll be able to specialize your style of play, making use of the Technomancer’s special electrical abilities to buff yourself or actively attack the many monsters roaming the red planet.

– The combat with the staff is based on mobility and damage, using sweeping blows against groups comprising several enemies.
– Fighting with Blade and gun requires agility, dodging, and controlling the pace of combat with the nail gun.
– Finally, the Blade and shield combat style focuses on defence, blocking and parrying to inflict heavy damage in response to an attack.

There are three styles of combat. The player can add companions to their party, who can then level up. The player will also be able to improve their own combat abilities, and they can make different choices about how to solve each quest. There will be five different endings. The player can craft their weapons and armor. There are four different skill trees. It will feature technomancy.

For more information on the new Technomancer game ahead of its launch later this year jump over to the official PlayStation website for details via the link below.