Netflix has announced today that PS3 owners in the UK now have access to Netflix Just for Kids content. If you’re not familiar with Just for Kids content on Netflix, it’s a subsection where everything is appropriate for children. I made a direct link for my kids to watch on the computer when they want to, because you don’t have to worry that anything is going to be inappropriate. 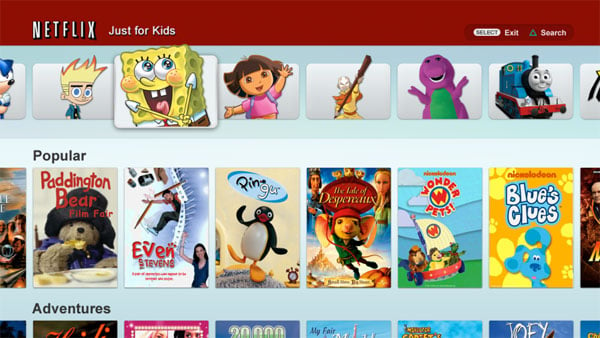 All the user has to do is log on to Netflix using their PS3 and select the Just for Kids section. All the content is aimed at children 12 and under including all sorts of programs from Sonic to Thomas the Tank Engine and lots more.

The content is naturally free of commercials like all Netflix content. The Just for Kids section is available for PC and Mac users along with the Wii and it’s on Apple TV. Netflix says that content will be coming to other devices including the Xbox 360 later this year.