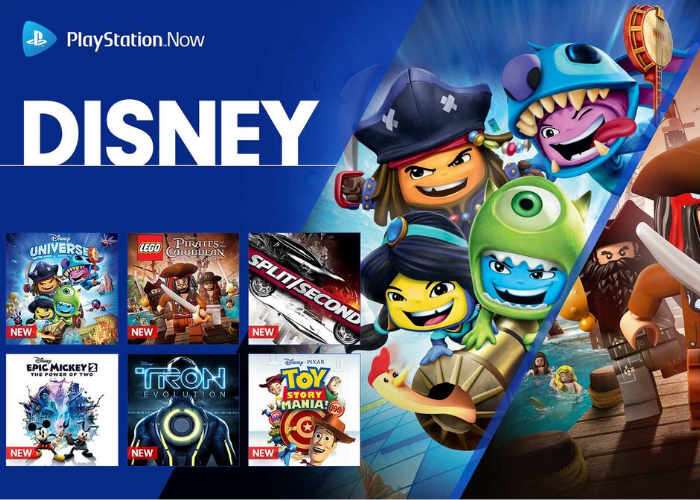 Sony has today announced the addition of 17 new Disney games to its PlayStation Now game streaming service, which now allows members to enjoy games such as LEGO Pirates of the Caribbean, Epic Mickey 2, Toy Story Mania and more.

Check out the announcement trailer below for more details about all the games which are now included in the monthly subscription service available for PlayStation gamers.

Suit up as your favorite character in Disney Universe, a multiplayer adventure where iconic Disney characters and legendary Disney worlds collide. Re-live the exciting swashbuckling tales of Captain Jack Sparrow, Will Turner, and Elizabeth Swan in LEGO Pirates of the Caribbean: The Video Game, which includes the first four PotC films. Buckle up and take the wheel in Split Second and experience thrilling racing, destructible environments, and driver-triggered “powerplays” as you race to the finish line. The fun doesn’t stop there! Here is the full list of all 17 games available now on PlayStation Now: