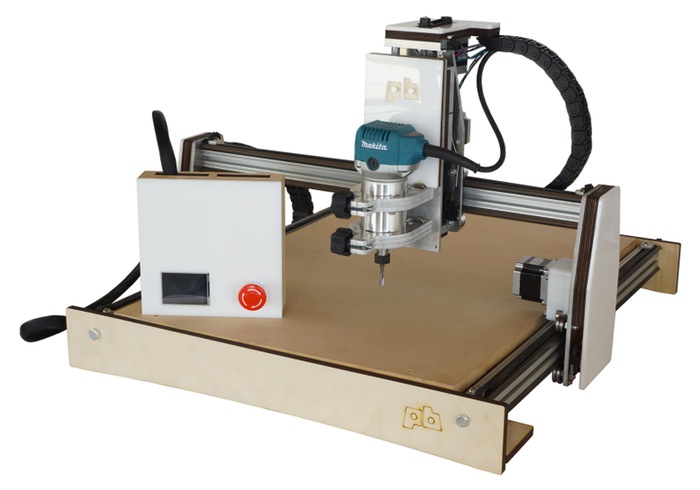 Earlier this month at MakerCon 2014, 3D printer maker Printrbot unveiled their new Printrbot CNC Router which has been specifically designed for those new to CNC routing.

However the Printrbot CNC Router is also capable of providing plenty of features for the professional CNC maker or hobbyist as well, check out the video after the jump to see a demonstration of its features and capabilities.

The Printrbot CNC Router is powered by a wireless enabled Raspberry Pi mini PC that controls the commands sent by the user from the web-based software. A TinyG motor control board communicates to the NEMA 23 stepper motors which then move the Makita router across the bed to create your desired shape.