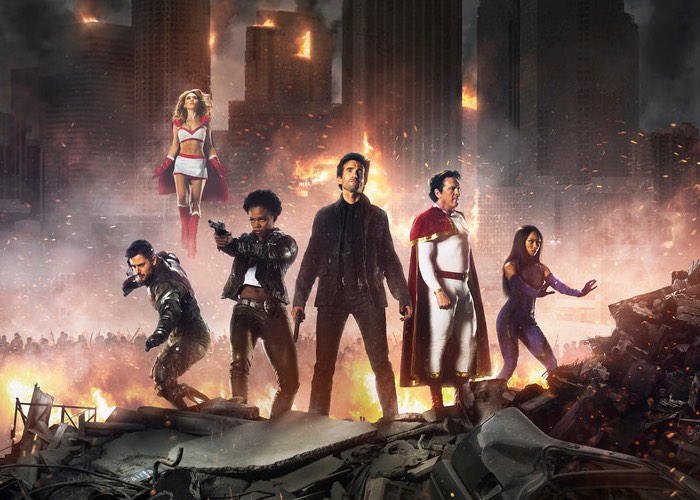 John Koller Vice President, PlayStation Brand Marketing at SCEA has taken to the official PlayStation blog today to release a new Powers Season 2 trailer ahead of the second season of Powers that will be premiering on PlayStation, May 31st, 2016.

Koller also announced that PlayStation and Machinima are partnering to create a new weekly talk show called After Powers that will discuss the week’s episode with creators and stars of the show.

Check out the latest trailer below for more information on what you can expect from season 2.

Powers, an edgy dramatic series based on the graphic novel series of the same name, follows the lives of two homicide detectives, Christian Walker (Sharlto Copley) and Deena Pilgrim (Susan Heyward), who are assigned to investigate cases involving people with extraordinary abilities, referred to as “Powers.”

Set amidst today’s paparazzi culture, Powers asks the questions, what if the world was full of superheroes who aren’t actually heroic at all? What if all that power was just one more excuse for mischief, mayhem, murder, and endorsement deals? The new season will delve into the storyline made famous by the first comic “Who Killed Retro Girl?” as the Powers Division investigates the shocking murder of the world famous superhero (played by Michelle Forbes) and the mysteries that her death uncovers.

Powers Season 2 premieres on PlayStation Store May 31 in the United States and Canada, and is included with your PlayStation Plus membership. And I am happy to announce that season 1 will also be available to Canadian active Plus members on May 31.