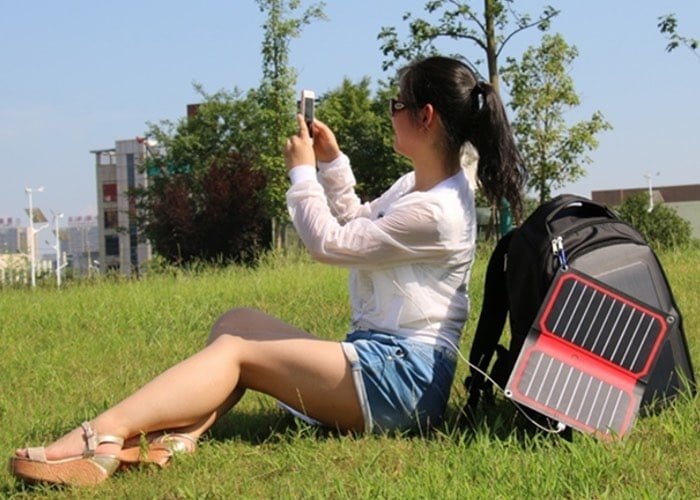 If you live in a sunny climate and would like to top up your mobile devices by harnessing the power of the sun, you may be interested in a new rugged solar panel charger which has been launched via Kickstarter this month.

The Powerleaf Intelligent Solar Charger has been constructed using A-grade materials say it’s developers and uses ETFE lamination with high transmittance technology to provide an easy and quick way to charge and top up your smartphone or tablet whilst away from the grid. 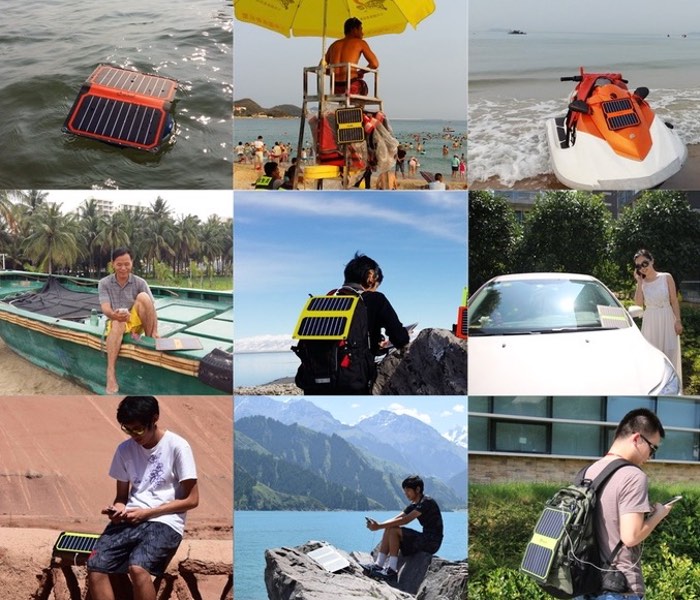 The developers of Powerleaf explain more about its inspiration and design :

FlexSolar has been a pioneer in solar chargers for years .Now we launch the improved USB solar charger–Powerleaf on Kickstarter. Powerleaf is a portable solar charger for camping, travelling, hiking and emergency preparation. It can charge all your USB devices including smart phones, tablets, power banks, and other gadgets. Or you can combine it with other products, such as bags, golf cart, boat, tents.

When shadow shelters the solar panel, the charger will stop working. For traditional solar charger products , people have to unplug the USB cable and replug it, then it comes back to life. But Powerleaf solves this problem with auto restart function . When shadow leaves, don`t worry, it will automatically restart in 5 seconds and come back to charging function.

When sunlight gets stronger in the process of charging a cellphone, Powerleaf will disconnect and auto restart at a higher current to charge the cellphone. Maximum Power Point Tracking (MPPT) function is a technique used with photovoltaic (PV) solar systems to maximize power output.The voltage regulator inside junction box has unique MPPT function. It increase the output power by 30% by controlling the charger`s output voltage at its maximum power point

Watch the promotional video below to learn more about its features and functionality.