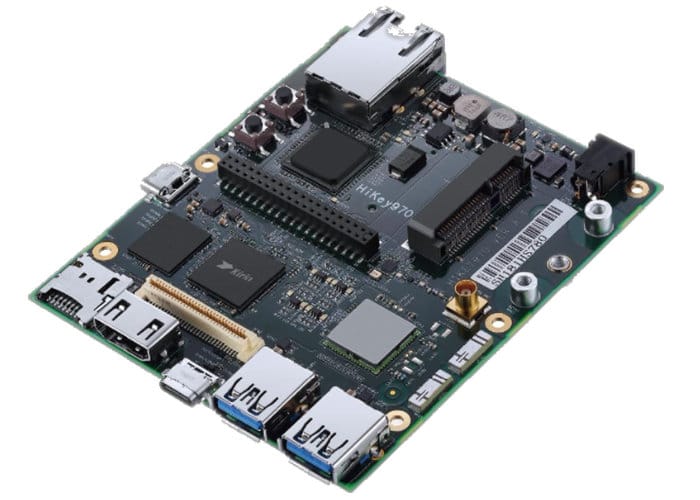 If you are searching for powerful Raspberry Pi alternatives you may be interested into new Raspberry Pi style boards in the form of the HiKey 970 which offers an octa-core board that uses the same HiSilicon Kirin 970 SoC found in the Huawei Mate 10 smartphones. Or the Rock960 Enterprise Edition which offers specifications similar to that of a desktop computer, with plenty of power for machine learning and 3D graphic applications.

The Rock960 Enterprise Edition is based on a hexa-core processor supported by a powerful GPU, and is equipped with a a dedicated Neural Processing Unit capable of 2.4 TOPS (trillion operations per second). In tests this NPU can accelerate the performance of convolutional neural networks such as Inception V3, ResNet-34 and VGG16 by almost 100 times.