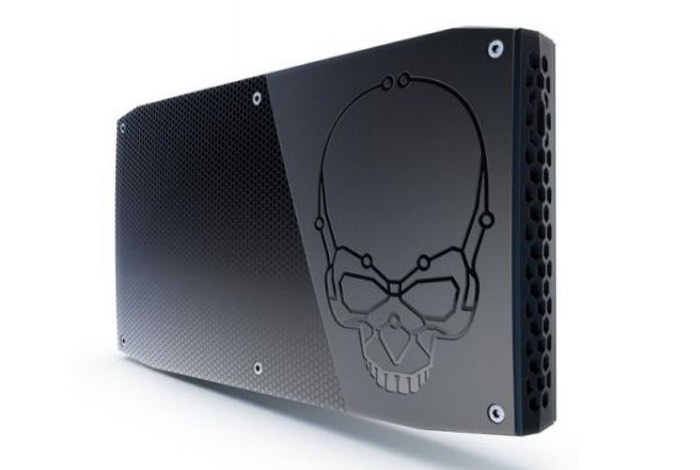 Intel has this week announced that its new powerful Intel Skull Canyon mini PC system will be available to preorder from next month with shipping starting in May.

The high-performance Skull Canyon mini PC is equipped with an Intel Core i7-6770HQ quad core processor supported by Intel iris Pro 580 graphics and will be priced starting at around $650.

The systems can be fitted with up to 32GB of 2133 MHz RAM and is equipped with 2 x M.2 slots for the installation of solid state disks (SSD), while wireless connectivity is provided by both 802.11ac WiFi and Bluetooth together with a Gigabit Ethernet port for wired connections.

The small mini PC is also equipped with Thunderbolt 3 with support for USB 3.1 and DisplayPort 1.2 over a USB-C connector together with 4 x USB 3.0 ports and a handy SD card reader together with infrared sensor and headphone jack. Depending on your preferences you can choose between two case lids which are both provided with this system one offering a matte black finish and the other offering a more ominous skull logo.

The Intel Skull Canyon mini PC systems will start from $650 with options to add 16GB of RAM, 256GB of storage, and Windows 10 for around $1,000. Expect the new systems to be available to preorder from online stores such as Newegg during April 2016 with shipping expected to take place a month later during May.