Many people out there like the Nintendo Wii, but find the standard controllers hard to use. This is especially true for kids and adults with small hands that have a hard time reaching the buttons needed for some games.

Power A has revealed some new and much smaller controllers for the Wii at E3. The controllers are the MiniRemote and MiniChuck. You can apparently get both in a Pro Pack Mini set up in a variety of colors. The controllers will sell for $49.99 and ship in September. 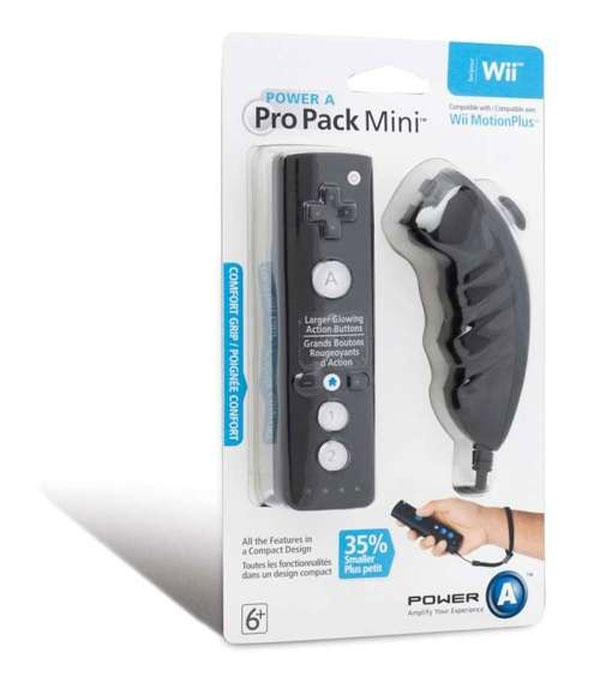 Power A claims they are 35% smaller than the standard Wii controllers are. That should make them much more manageable for kids and other small-handed types like that dude in the Burger King commercials.