HP’s first attempt at a smartphone devices with the HP Pre 3, a touchscreen slider smartphone that used webOS was pretty much a failure after it was retired after a limited European release. However it is rumoured that HP is now developing an Android based smartphone to compliment its 7 inch HP Slate 7 tablet. 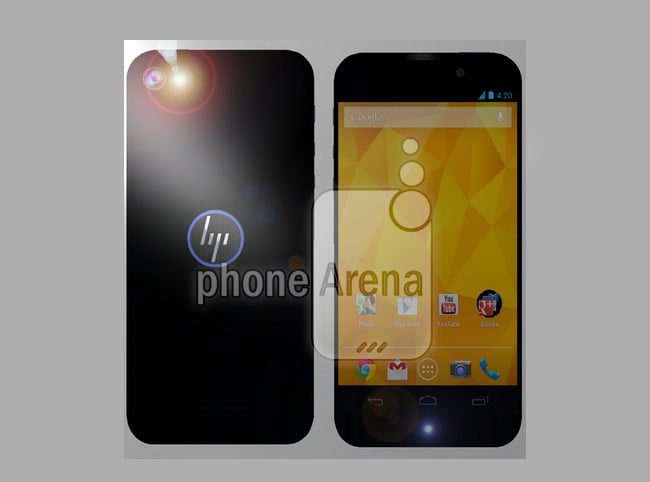 A rendering of a possible new but unconfirmed HP smartphone has been leaked this week adding fuel to they rumour and possibly indicating that HP is considering once again the manufacture and market of its own handset.

The rendering for the unconfirmed HP Android smartphone was unveiled by the Phone Arena website and be nothing to do with HP, rather than an indication that HP is considering manufacturing smartphone devices once again. But unfortunately at the current time the rendering of the device is the only information available about the HP smartphone development and no hardware specifications or details about the HP handset have been revealed as yet.

However if any more information comes to light regards a new HP smartphone device we will keep you informed as always.