Porsche has unveiled a very special 911 sports car that it asked its 5 million Facebook fans to design. Porsche asked Facebook fans design the car after it reached the 5 million fan milestone. The car is based on a 911 Carrera 4S. 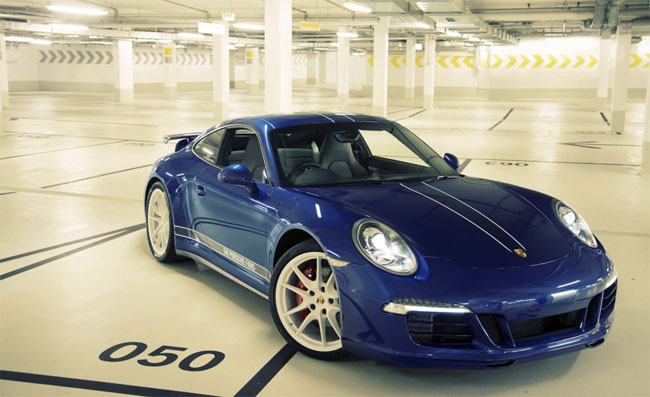 The car is covered in a special custom paint called Aquablaumetallic that was developed by the Porsche Exclusive department. The special 911 is also fitted with 20-inch Carrera S wheels coated in white paint. The vehicle also has a special body kit, custom door sills, and a special dash plaque.

The plaque on the dash reads, “Personally built by 5 million Porsche fans.” Porsche will be holding a contest that will allow the grand prize winner to travel to Silverstone Raceway in the UK to drive the Facebook 911.