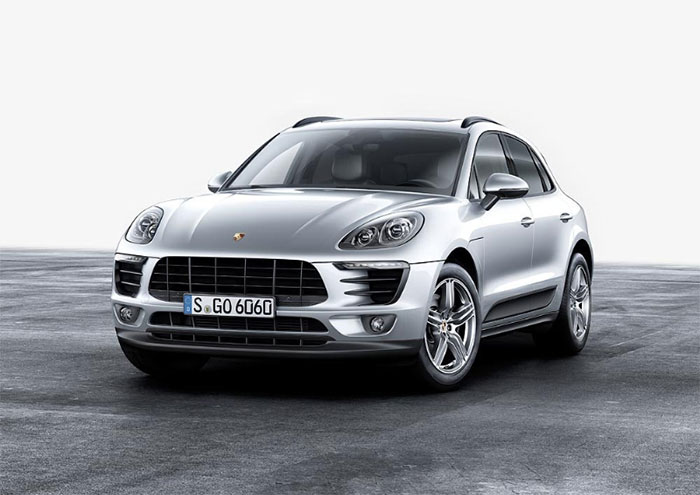 Porsche is busy transitioning some if its cars off the flat-six engines that Porsche is famous for to turbo four cylinder engines. The downside is that many Porsche purists rally want that flat six-cylinder engine. The upside is that the turbo fours in models like the Cayman actually make more power and are more fuel efficient. Porsche has announced that it will be debuting a turbo four powered Macan at the New York Auto Show.

The new Macan will use an inline four with 14psi of boost, charge-air cooling, direct injection, and variable valve timing. The 2.0L engine makes 252hp and 273 lb-ft of torque. The engine is mated to a standard 7-speed PDK dual-clutch transmission with Auto Start Stop tech. The Macan can reach 60mph in 6.1 seconds with the optional Sport Chrono Package with Launch Control.

That means that the 4-cylinder Macan isn’t exactly a rocket ship. Top speed for this Macan is 142mph. The EPA estimates that the Macan four will get 25mpg on the highway, 20mpg in the city, and 22mpg combined. Nothing about this version of the Macan is particularly impressive, it’s slow, fuel economy isn’t great, and it starts at $47,500 plus a $1050 delivery fee.