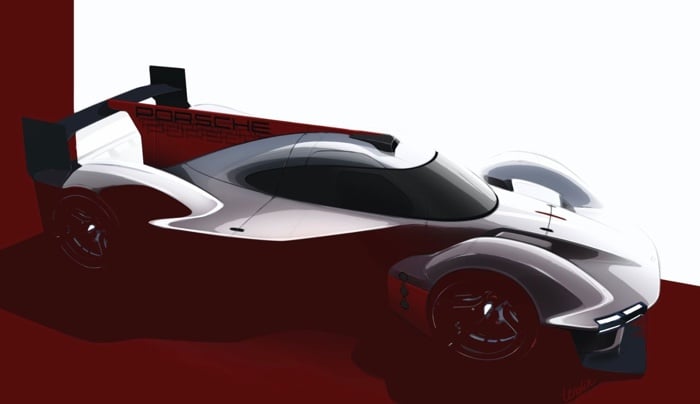 Porsche has announced that that their new Porsche LMDh protoype will be headed to the Le Mans 24 hour race in 2023.

The picture above gives us an idea on what the new Porsche LMDh prototype may look like, there is also a teaser video below.

From 2023, the LMDh cars will make up a new top class in the FIA World Endurance Championship (WEC) and the North American IMSA WeatherTech SportsCar Championship. Both championships are hugely significant for the Stuttgart sports car manufacturer. Porsche very much welcomed the introduction of the new class for hybrid prototypes when it was jointly announced by the organisers at ACO/WEC and IMSA. The racing cars, which tip the scales at around 1,000 kilograms, are powered by a hybrid system with an output of 500 kW (680 hp).

You can find out more details about the new Porsche LMDh prototype over at Porsche at the link below.