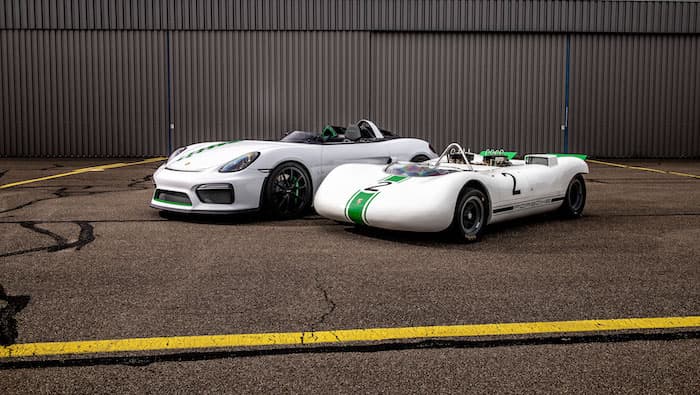 Last month the Porsche Boxster Bergspyder was unveiled, the car is a one off Boxster which took its design inspiration from the 909 Bergspyder.

When the new Boxster Bergspyder was unveiled Porsche released some photos of it next to the original Bergspyder.Now Porsche has created a video which features the two cars.

Based on a 981 Boxster, the result was a single-seater sports car without a top, door handles or windscreen. As with the Porsche hillclimb racing cars from the late 1960s, there was only a flat, transparent wind deflector which extended around the driver and ended at the doors. The team of engineers and designers created a cover to extend from the windscreen to the engine compartment. This tarpaulin paid homage to the 1954 Porsche 356 Speedster.

You can fins out more information about the new Boxster Bergspyder over at Porsche at the link below.