Several amazing devices were released at the Mobile World Congress 2014, and its not only limited to Samsung. Sony also released their latest flagship device, as well as HTC who released a couple of mid-range devices for budget-consicous users.

The folks at AnTuTu managed to test some of the best devices that were showcased at the big event, and the results are quite surprising. 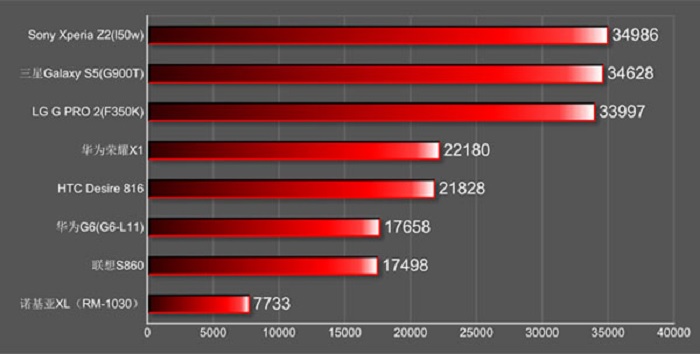 While Samsung Galaxy S5 didn’t turn out what we expected it to be, it still had a pretty decent score of 34,628 which is quite amazing, but there’s one device which has slightly surpassed the flagship device from the Korean OEM, Sony Xperia Z2. The device managed to grab a score of 34,986, and it makes sense too, the device is a power house with the Snapdragon 801 chipset and 3GB of RAM on board.

The runner up is the LG G Pro 2 which scored 33,997, but the device is not expected to hit international markets at least for now. The remaining list includes HTC Desire 816, Huawei G6, Glory X1, and a a few more.

The devices scored pretty good in the benchmarks, but keep in mind these are not the best way to judge the performance of the devices in the real world. Let’s wait for the handset to hit retail, and we’ll be able to find out what the reviewers have to say about these devices.