Polaroid has announced a new high-definition action camera that’s designed to be mounted on just about anything you can think of. The camera is called the XS80 and the should be available today for $129.99. The camera is very light at 3.9 ounces and has an integrated G sensor for automatically rotating video. 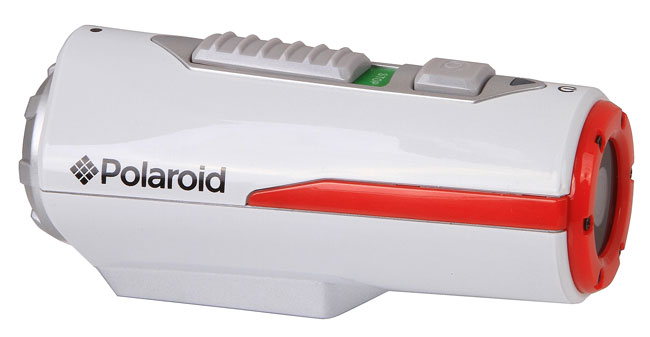 That means you won’t have to wonder which end is up like you do on some action cameras. The camera is waterproof and can survive submersion in water up to 30 inches deep and has a wide angle 120-degree lens. The design of the ruggedized case is made to reduce wind noise and the camera can record full HD resolution video.

The camera can also shoot still images in 16-megapixel, five-megapixel, and three-megapixel resolutions. Images can be shot in bursts and in time lapse modes. Video can also be recorded in 720p resolution for smaller video files that are easier to upload video sharing sites. The camera ships with a helmet mounting kit and has built-in anti-shake technology to help reduce blur in recorded video and photos.

The camera is also designed to survive high impacts and shocks and gets power from an internal lithium-ion battery. Video and photo content are stored to microSD cards of up to 32 GB capacity. Polaroid’s official press release says that the camera is available right now, but the official product page currently lists the camera as unavailable.